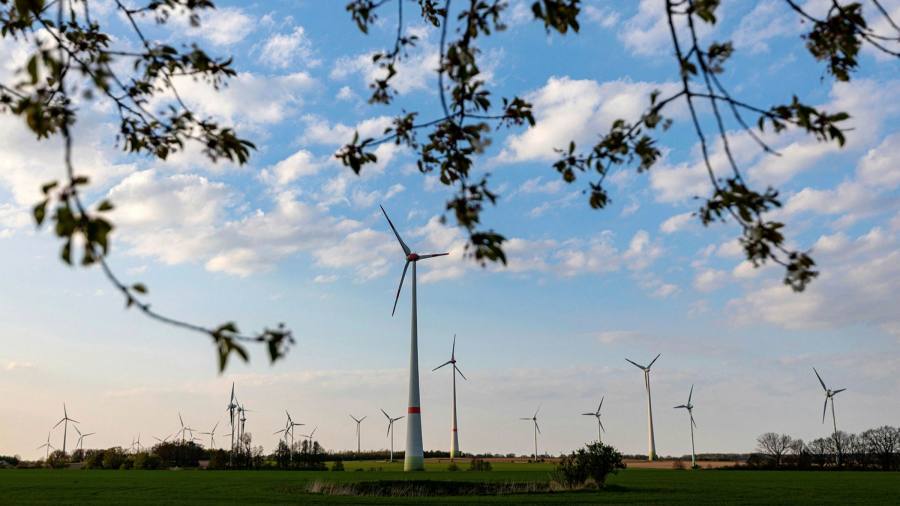 The perpetual capital strategy due to be unveiled on Thursday will start with money in the “single-digit billions” from a few cornerstone investors, BlackRock said, with plans to grow it significantly.

More than half of the early investments will focus on Europe, after the Ukraine war drove up energy prices and sparked new investor interest in funding alternatives to Russian oil and natural gas. BlackRock had initially planned 35 to 40 per cent of its investments in Europe, executives said.

The announcement comes as BlackRock been highlighting its view that climate-focused investors must go beyond green investments and help heavy industry and energy groups to reduce their carbon footprints.

“When inflation is high, you can’t shut off fossil fuel today and turn on renewable power tomorrow. There [aren’t] enough projects,” said Edwin Conway, head of BlackRock’s alternative investments. “Our intention is actually to work with these large energy companies. They’re huge employers of human capital . . . they too are looking to the future.”

BlackRock has become a target of US conservatives who criticise what they describe as “woke capitalism,” including the environmental, social and governance investing trend. Republicans have specifically cited BlackRock founder Larry Fink’s letters to companies urging them to address climate change and its past votes in favour of shareholder proposals on the subject.

West Virginia’s government this week warned BlackRock and five major banks that it plans to stop doing business with them unless they can show they are “not engaged in a boycott of energy companies”, as directed by new state legislation. Texas has also been seeking similar pledges.

BlackRock declined to comment on the West Virginia warning. The money manager recently announced that it would be voting against more shareholder proposals on climate this year because many of them had become “too prescriptive”. Fink said recently, “I don’t want to become the environmental police.”

The perpetual infrastructure offering is being pitched to long-term investors as a source of stable returns and a hedge against inflation. Plunging US stock markets have exacerbated concerns that many technology and renewable companies are overvalued.

“A few years ago, everyone was very focused on ‘let’s build more renewables’,” said Anne Valentine Andrews, who heads BlackRock global real assets. Now, “Everyone’s realised that renewables are incredibly important . . . but we can’t get there without decarbonising all of these other harder-to-abate segments.”

The team plans to work with large companies to fund investments in areas such as carbon capture and storage, battery technology, hydrogen and natural gas storage and transport, as well as making transportation more sustainable. 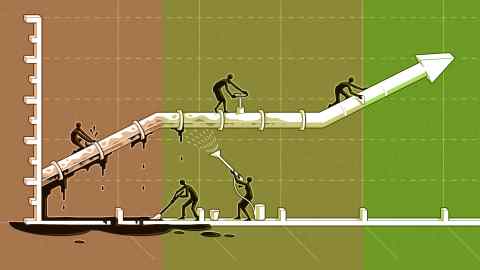 BlackRock’s new strategy is effectively a joint venture between its renewable and infrastructure investors, Valentine Andrews said. It differs from private equity-style funds, which raise a fixed amount for a fixed period of time and pay profits at the end. Aimed at insurers, pension funds and other institutional investors who need steady payments, it aims to produce regular income and allow investors to come in and out.

“We have the whole backdrop of people wanting stable income, inflation protection, diversification and the whole sustainability alignment right now,” Valentine Andrews said. “This is something that we think is going to really meet the needs of our investors.”