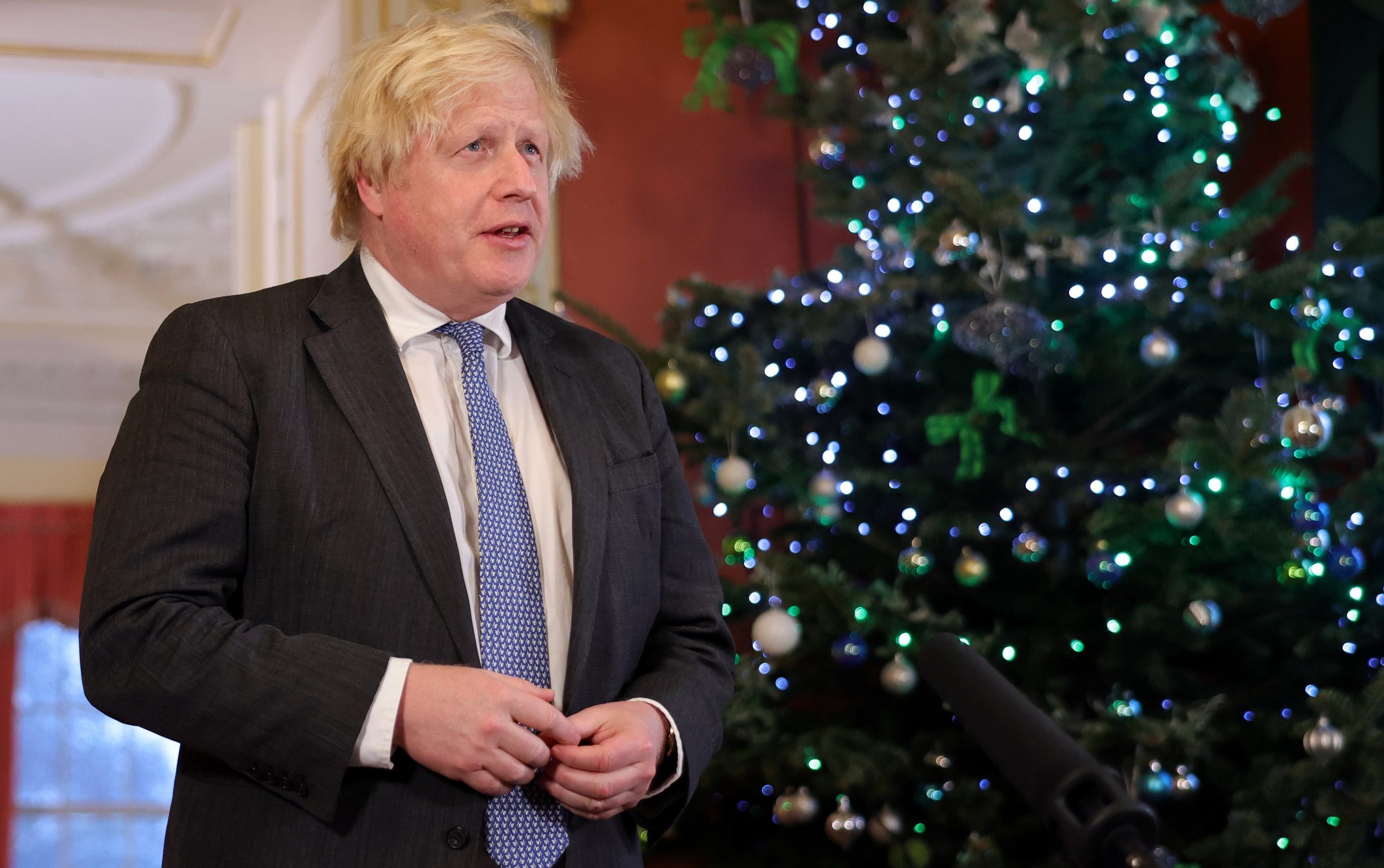 New Year’s Eve restrictions are increasingly unlikely, Government sources have said – after an official report confirmed omicron is likely to be a far milder variant of Covid.

A new analysis by the UK Health Security Agency (UKHSA) found that the risk of admission to accident and emergency was 31 to 45 per cent lower when a person develops omicron rather than delta, while the risk of hospitalisation was 50 to 70 per cent lower.

The Prime Minister will use his Christmas message on Friday to urge Britons to get the Covid jab, declaring it a “wonderful” festive gift that people can give to their family and the nation.

Boris Johnson will also compare the spirit of neighbourliness intrinsic to getting the vaccine to the “teaching of Jesus Christ”, which is “love our neighbours as we love ourselves”.

His words echo those of the Archbishop of Canterbury, who said getting vaccinated against coronavirus is a moral issue. He said having the jab was an expression of Jesus’s teachings to “love one another” and “love your neighbour”, because of the protection it afforded to others.

The UKHSA’s findings were the third study of real-world data in two days indicating that omicron is less severe than other variants of coronavirus.

While there were 119,789 confirmed Covid infections on Thursday – the highest recorded in the pandemic – insiders said that the studies which indicate the variant is milder made New Year’s Eve restrictions “less likely”.

A Government source said it is the “working assumption” among key Whitehall figures that the Prime Minister will stop short of levying new legal curbs on socialising straight after Christmas, although the source stressed that the option had not been ruled out if the data worsened dramatically.

“Backbenchers are still very mutinous, which makes that sort of action rather less likely,” the insider said – noting the major revolt that took place last week against Covid passports, when 101 Tory MPs rebelled.

Recalling Parliament to debate restrictions is “difficult and undesirable next week”, the source said, but added that the Government “need to do something” in the face of rising cases. Putting forward tough advice was a leading proposal.

A second source close to Downing Street also said that a package of restrictions “doesn’t look as likely as it was” in the wake of the series of studies on omicron that have painted a less pessimistic picture of the variant.

However, other figures in Government warned it was “way way ahead of where we are” to suggest that ministers were weighing up options and making decisions.

No more announcements on possible Covid rules this week

Sajid Javid confirmed on Thursday that no announcements on future Covid regulations would be made this week, meaning Monday is the earliest date that any formal indication could be given about New Year festivities.

It is understood that No 10 has pinpointed December 28 as the most suitable day to recall the Commons next week, if Downing Street decides restrictions are needed. Mr Johnson has vowed to consult MPs if he pushes ahead with legal curbs.

Parliamentary authorities have made clear that two days’ notice would be needed to reopen the estate for the House to sit.  That consideration would have to be balanced with the need to give New Year’s Eve revellers due notice of any change to the rules before December 31.