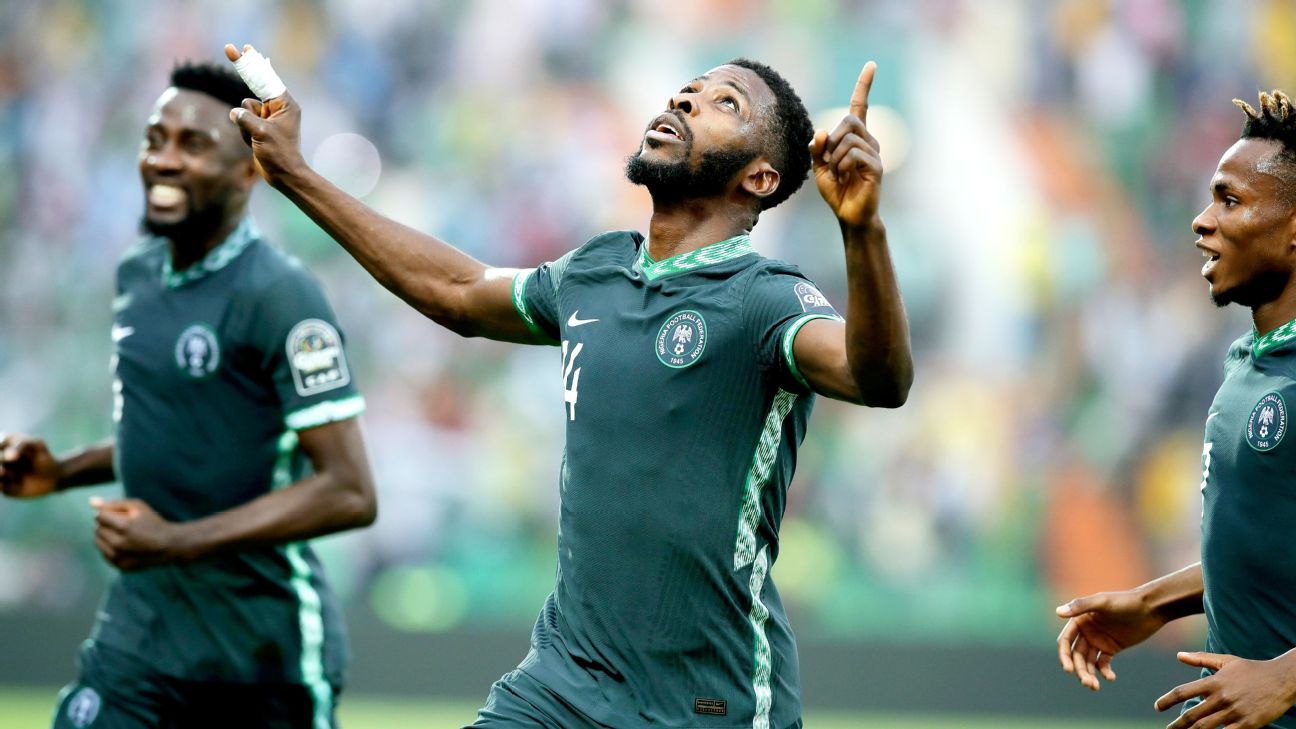 Iheanacho crashed a half-volley from the edge of the box into the top corner after 30 minutes to settle the contest, but Nigeria should have added at least a couple more goals in what was the best performance by a team in the finals so far and a warning to their rivals.

Egypt failed to shift out of first gear and could not get talisman forward Mohamed Salah into the game as he cut an isolated figure up front, starved of service and the quality around him to have an influence.

The second game in Group D will be played later on Tuesday when Sudan tackle Guinea-Bissau at the same venue.

Egypt were unsettled by the early loss of right-back Akram Tawfik to injury inside the first 10 minutes and he appeared in some distress as he was helped off the pitch.

His absence meant Nigeria found plenty of joy down that flank, with the electric Moses Simon profiting and a constant worry for the Egyptians.

Simon had the first sight of goal as he found space in the box, but as the angle narrowed, could only fire into the side-netting.

But shortly afterwards Nigeria were in front and again the move started with him. Iheanacho provided the sublime finish that left Egypt goalkeeper Mohamed El Shennawy with no chance.

Any time the ball went near Salah he was surrounded by two or three defenders, but Egypt were not able to work the space that Nigeria’s doubling up on their lead forward provided them.

Nigeria hit the crossbar early in the second period when Taiwo Awoniyi’s close-range header was turned onto the frame of the goal by El Shennawy, before Iheanacho fluffed a superb chance to double the advantage as the ball fell to him in acres of space in the box, but a poor first touch let him down.

Salah finally got a sight of goal on 70 minutes but, under pressure from two defenders and the keeper, could not get any power into his effort.

Nigeria continued to look the most likely to score and the pace of their wingers and fullbacks stretched the more pedestrian Egyptians on a number of occasions.