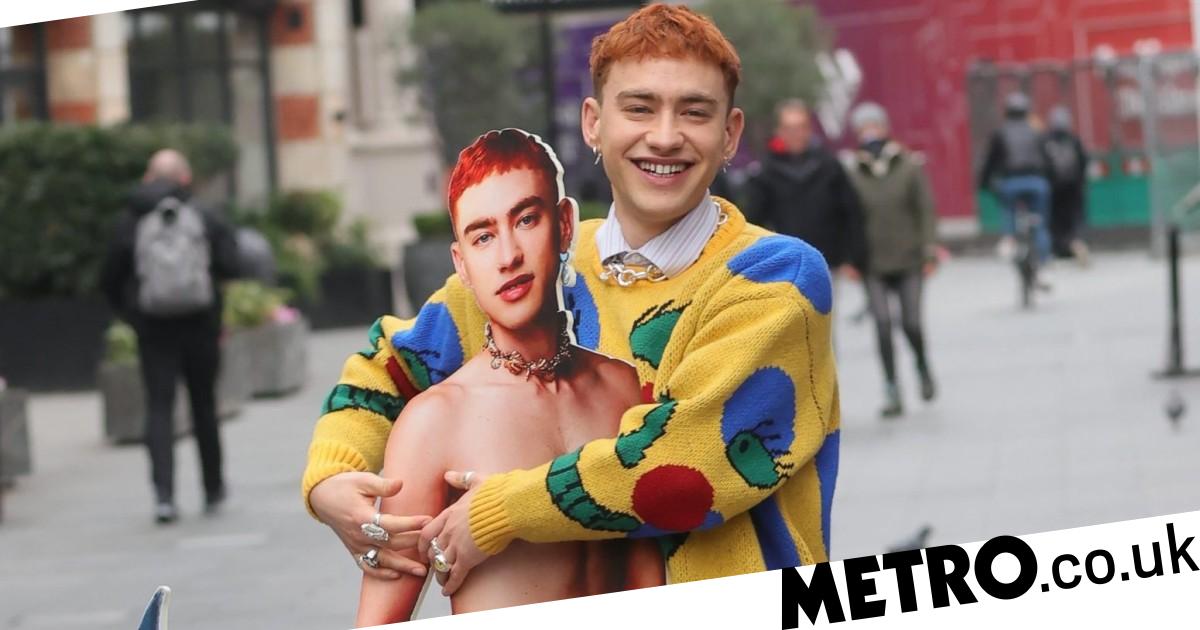 Night Call has become the second Years & Years album to reach number one in the charts.

The record is the first to be released since the former three-piece became a solo project for frontman Olly, who enjoyed a breakout 2021 starring in Channel 4 drama It’s A Sin.

Some 75% of the album’s total chart sales came from physical copies, according to the Official Charts Company.

Speaking of his victory, Olly, 31, said: ‘I’m just really, really proud. Everybody who got this album and streamed it – I can’t believe it, thank you so, so, so much. We got number one, baby!’

Mikey Goldsworthy will still play live with the singer while Emre Turkmen will focus on his solo work as a writer and producer.

Years & Years last reached number one in 2015 with Communion, while their 2018 album Palo Santo peaked at number three.

It becomes the fastest-selling debut on vinyl of any band this century, surpassing the first-week vinyl sales of It Won’t Always Be Like This by Irish rockers Inhaler in July 2021.

Following his death last week, three albums by Meat Loaf return to the top 40 including two in the top 10.

His 1977 debut Bat Out Of Hell lands at number three, marking a new peak for the record, while greatest hits compilation Hits Out Of Hell secures number five.

Bat Out of Hell II: Back Into Hell is at number 24.

On the singles chart, We Don’t Talk About Bruno from Disney film Encanto holds on at number one, denying Peru by Fireboy DML and Ed Sheeran the top spot.

Ofcom received 179 official complaints that his set was ‘too sexy’ to see out 2021.

However, in true Olly style, the icon said he now only wants to be more sexy.

Chatting to Alex Jones and Rylan Clark on The One Show, he said: ‘Yes. Yeah, there were some complaints that the show was too sexual, so what can I say? It’s a hard life!

‘It’s just an entertainment show, you know. If it’s too sexy for some people… I’m going to go for 200 next time!’


MORE : Jay Z reveals the album that ‘haunts’ and ’embarrasses’ him: ‘I know what could have been’


MORE : Do you think Damon Albarn would question Taylor Swift’s song-writing if she was a man?