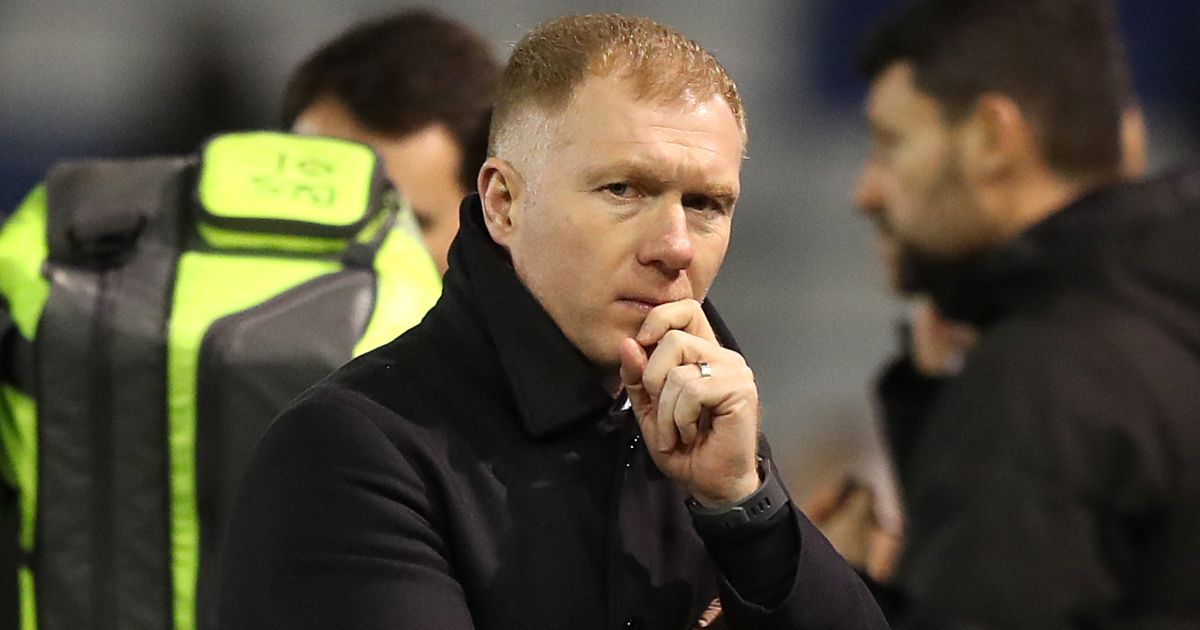 United’s meek performance was followed by reports about a poor mood inside the dressing room, and on the back of being branded “a bunch of whinge-bags” by former defender turned TV pundit Gary Neville during half-time of the 1-1 draw at struggling Newcastle.

There have been rumours that several players want to leave the club, including Cristiano Ronaldo, who ‘has already communicated to his agent Jorge Mendes that he is fed up’ at Man Utd.

Despite all the talk of the Red Devils’ terrible performances under Rangnick, they are currently 14th in the European form table.

But Scholes thinks Man Utd are currently in a “right mess” and thinks it has come to the point where the players should be being questioned more than the manager.

Speaking on the Webby and O’Neill YouTube channel, Scholes said: “The club just feels like it’s in a mess, player, staff and manager wise.

“Who wants to come into this club? It feels like a right mess. It does feel poisonous.”

On the lack of quality at Man Utd, Scholes picked out Harry Maguire, Victor Lindelof and Marcus Rashford as three players who still have a lot to prove. The former Man Utd midfielder added: “It has to come a point where you think, ‘Are these players good enough?’

“We know [Cristiano] Ronaldo, [Paul] Pogba, [Raphael] Varane, [Nemanja] Matic have great experience and won trophies but the rest of the squad haven’t proven themselves to be good enough to win anything.

“We keep saying how good they are but they are failing to produce what is required on the pitch.”