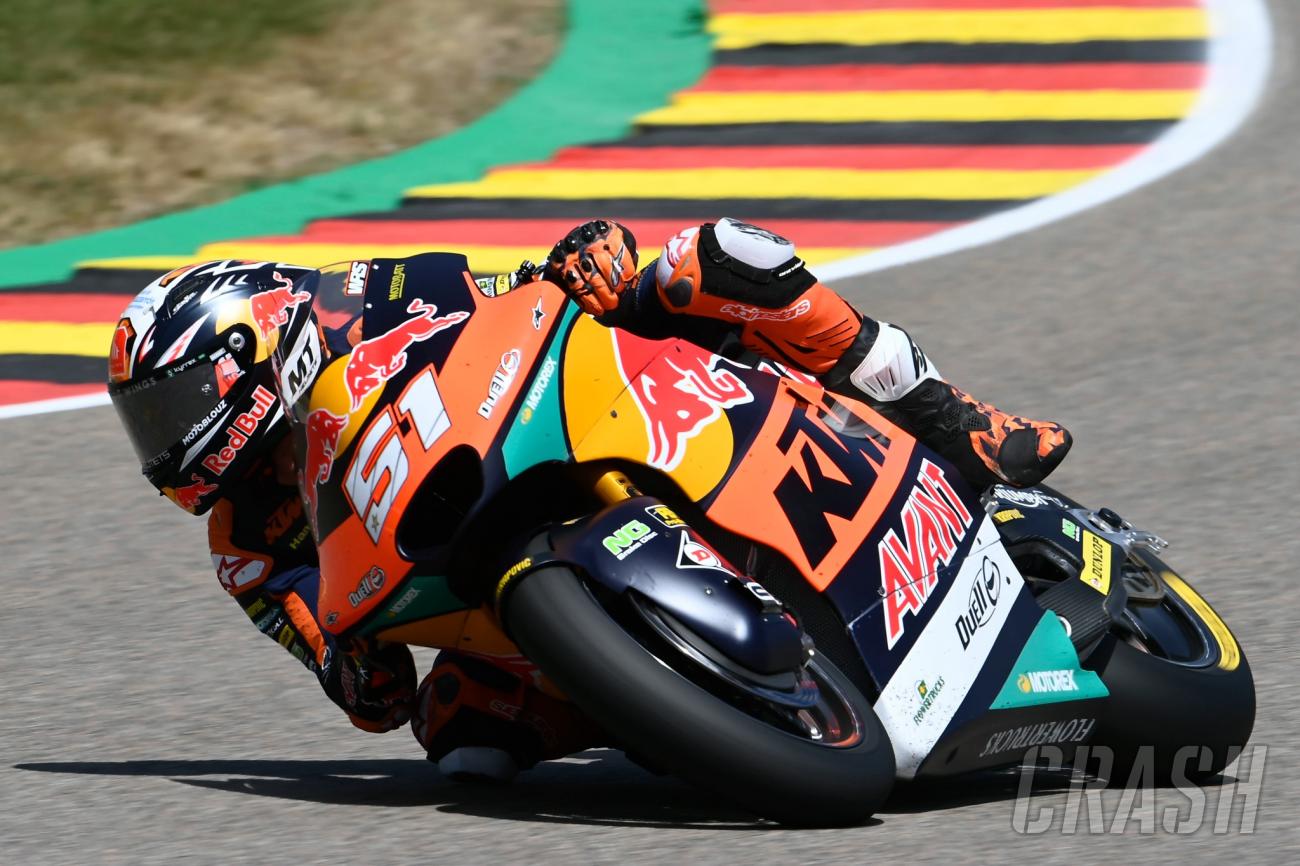 Red Bull KTM Ajo confirmed that their rider’s broken left femur would be operated on on Wednesday.

He will miss this weekend’s Dutch Moto2 but no timescale has been placed on his return yet.

But El Periodico, the Spanish newspaper, report that Acosta will only miss one race because, after Assen, Moto2 breaks for five weeks before returning on August 7 at Silverstone.

The same report says that the 18-year-old sustained his injury while riding motocross, and is already in Barcelona where he will undergo surgery.

Acosta is currently eighth in the Moto2 standings.

He is the reigning Moto3 champion – last year he became the first rookie to claim a world title since Loris Capirossi.