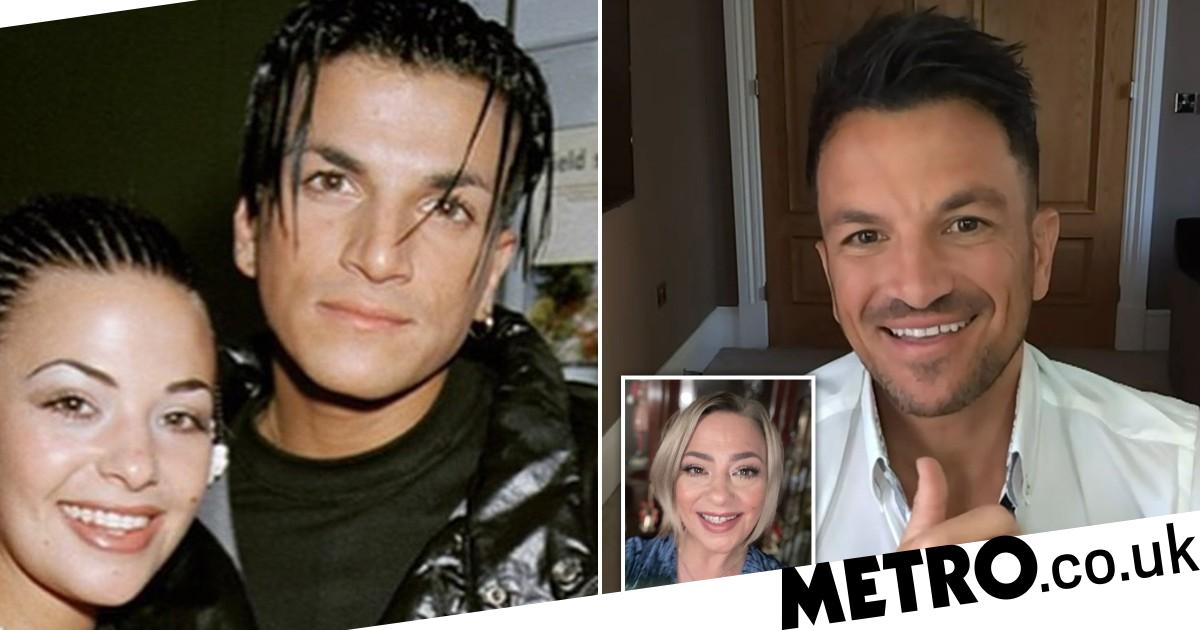 Peter Andre has shared an epic throwback photo from the height of his Mysterious Girl era – and fans have spotted he was hanging out with Lisa Armstrong at the time.

The singer, 48, took to Instagram to share some photos from the archives including one of him posing with a blonde and a brunette woman, writing: ‘Old and new throwbacks for no reason at all :))).

‘Question : what group am I standing with in picture number two. Only 90s true fans will remember :)’.

Fans were quick to recognise Lisa, 45, as the brown-haired woman in the photo, from her days in pop band Deuce.

They commented: ‘The girl with the braids looks like ant mcpartlin’s ex wife- can’t remember her name.’

Some knew the 90s band well, writing: ‘Deuce! Call it love was a brilliant song and my first boyfriend when I was 14 looked like the blonde bloke’ and ‘Deuce @lisaarmstrongmakeup Loved those guys x.’

Lisa also took to the comments to confirm: ‘Yep that’s me!!! Such fun times…’, to which Peter replied: ‘they were the best times.’

Now a make-up artist for some of British TV’s biggest shows including Strictly Come Dancing and Britain’s Got Talent, Lisa started her career as a dancer before joining Deuce.

She joined Deuce alongside Kelly O’Keefe, Craig Young and Paul Holmes in 1994 and the band had four top 30 singles before they split in 1997.

Lisa married Ant McPartlin in 2006, 11 years after they started dating, but the pair announced they were divorcing in 2018.

Ant has since remarried Anne-Marie Corbett, who was previously his personal assistant, in August 2021 after the couple began dating in 2018.


MORE : ‘Chalk and cheese’: What Katie Price has previously said about Peter Andre’s wife Emily MacDonagh after branding her ‘two-faced’