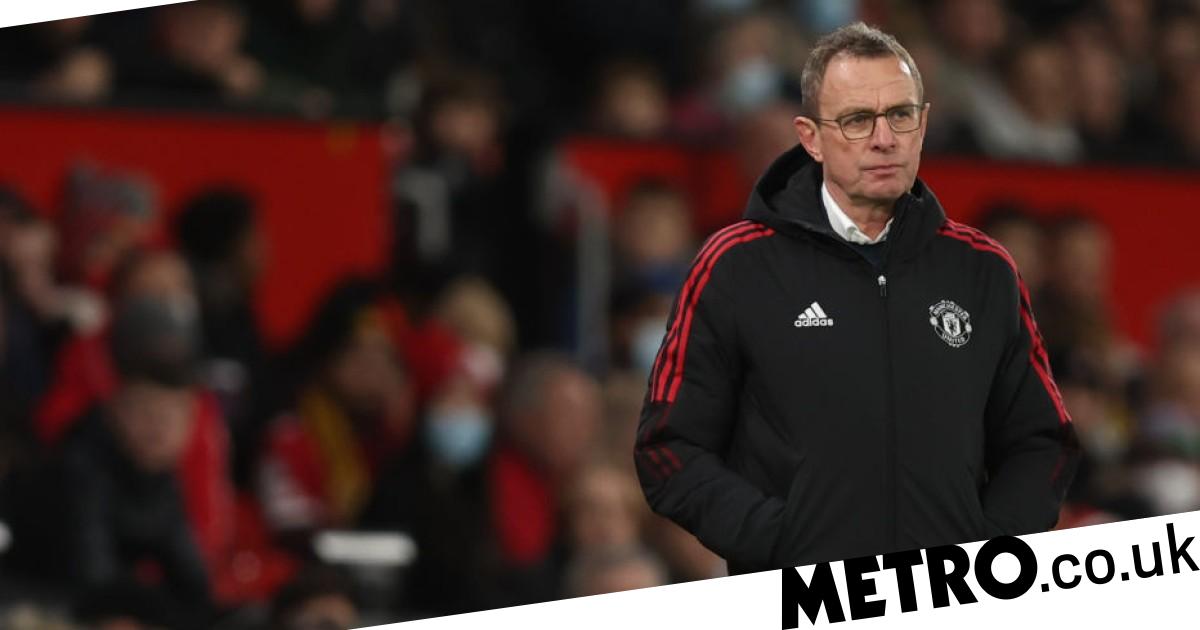 Ralf Rangnick admits Manchester United had big problems and that Wolves were the better team as the visitors secured a surprise 1-0 win at Old Trafford on Monday night.

The Red Devils were second best for much of the match and Wolves eventually grabbed a deserved late winner through Joao Moutinho, ending Rangnick’s unbeaten record in the Premier League with United.

The visitors had 19 efforts on goal to United’s nine and there was surprisingly little threat produced by the home side, despite having the likes of Cristiano Ronaldo, Jadon Sancho, Edinson Cavani and Mason Greenwood all on the pitch from the start.

Rangnick was not impressed with his players, admitting that they struggled with their opponents tactically and in terms of energy, failing to press the visiting side.

‘We didn’t play well at all individually or collectively. In the first half, we had big problems to keep them away from our goal,’ the German told Sky Sports.

‘In the second half we changed to a back three and had more control then a spell of 15 minutes where we could have scored. The goal we conceded, we had enough players in the box. The cross had been defended by [Phil] Jones but the goal we conceded was like too many this season.

‘Moutinho could shoot unmarked with no problems, no pressure. We’re very disappointed about the result and parts of our performance.

‘They’re playing with four or five central midfielders and we had problems to control that part of the pitch. We decided to change our formation and we had more control – they didn’t have as many chances – but we missed our chances and we have to admit they deserved to win.

“Wolves were the best team we’ve played. We have more problems today than in other games.

‘We didn’t press at all. We tried but we were not able to get into those pressing situations. They had an overload in midfield and they played via their wing-backs. We’ve been only working two and a half or three weeks after needing to close the training centre. We had the results. In times we played well but today we have to admit they’re better than us.’

United stay seventh in the Premier League table, while Wolves climb to just one place and three points behind them.

The Red Devils are still in the hunt for the top four, but stay four points behind Arsenal in the final Champions League place, although they have a game in hand on the Gunners.


MORE : Harry Maguire OUT of Manchester United’s clash against Wolves