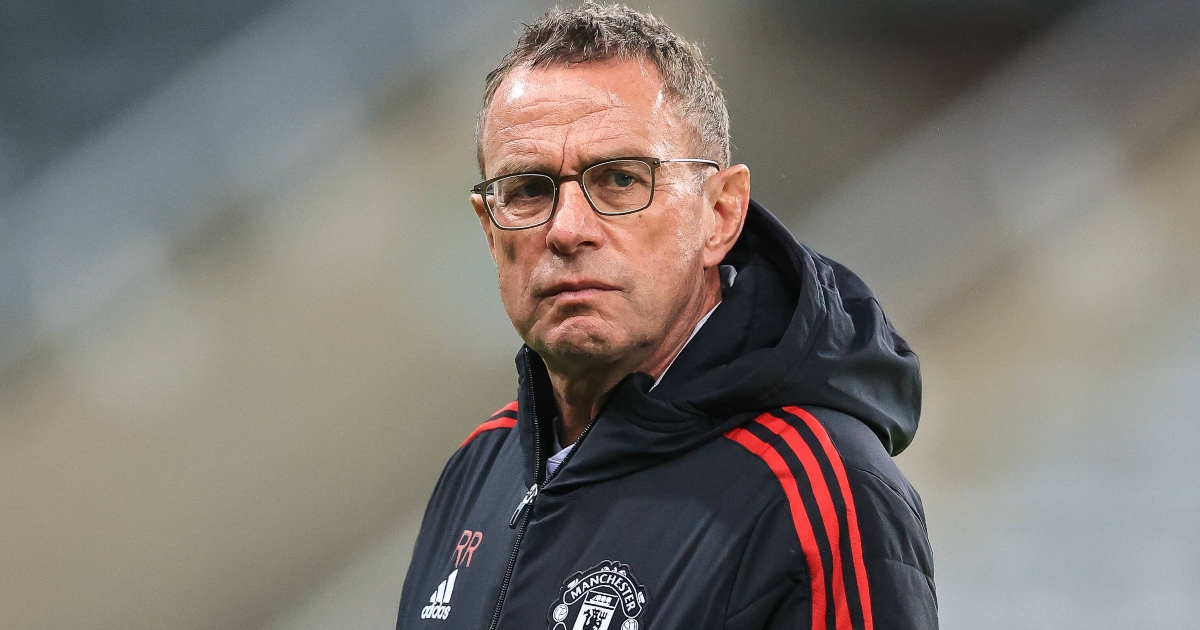 According to reports, ‘as many as 11 players’ want to leave Manchester United as the players are ‘underwhelmed’ by interim boss Ralf Rangnick.

The Red Devils suffered their first defeat under the German on Monday, losing 1-0 at home to Wolves.

Bruno Lage’s men had 19 shots on the day in comparison to United’s nine and were superb value for their victory.

And now Rangnick could be facing his first crisis in charge of the Premier League giants, with the Mirror claiming ‘cliques’ have formed within the squad.

The report says ‘as many as 11 players want to leave the club after becoming disillusioned with life at United’ and that ‘an increasing number of players marginalised under Solskjaer are suffering the same treatment under Rangnick’.

Furthermore, ‘many of the players are underwhelmed by Rangnick’s coaching, not impressed by his tactics and disappointed by the quality of his assistants’. The German’s job as manager being on a temporary basis has also weakened his position.

The Mirror source said: “It’s not good. The atmosphere is really bad and it looks like there are going to be big problems ahead for United.”

Rangnick has been 5 mins in England and people start having a go at him already.
Give him at least a couple of training-sessions before you make your conclusion.

Some though Ole G was the only problem at Man UTD….well…he wasn’t

The ‘resentment’ of these players is ‘threatening the unity and harmony of the dressing room’, the report adds.

Following the defeat against Wolves, Luke Shaw questioned the ‘commitment’ of his United team-mates.

“We really struggled, we couldn’t get hold of the ball,” Shaw told Sky Sports.

“When we didnt have the ball we weren’t aggressive enough. We didnt put them under any pressure. It maybe looked like an easy game for them. A disappointing performance and result. We didn’t have many options on the ball and we weren’t on the front foot.

“We have to put more pressure on them, we have to have intensity. Us players, we have been here a long time, maybe tonight we struggled, I didn’t think we were all there together.

“You look at the players we have, we have unbelievable quality but sometimes quality is not enough.

“We need to bring the intensity and more motivation. Inside the dressing room, we know what we want but out on the pitch we need to give 100%. To win these types of games we all need to be 100% committed. It is tough and disappointing.”