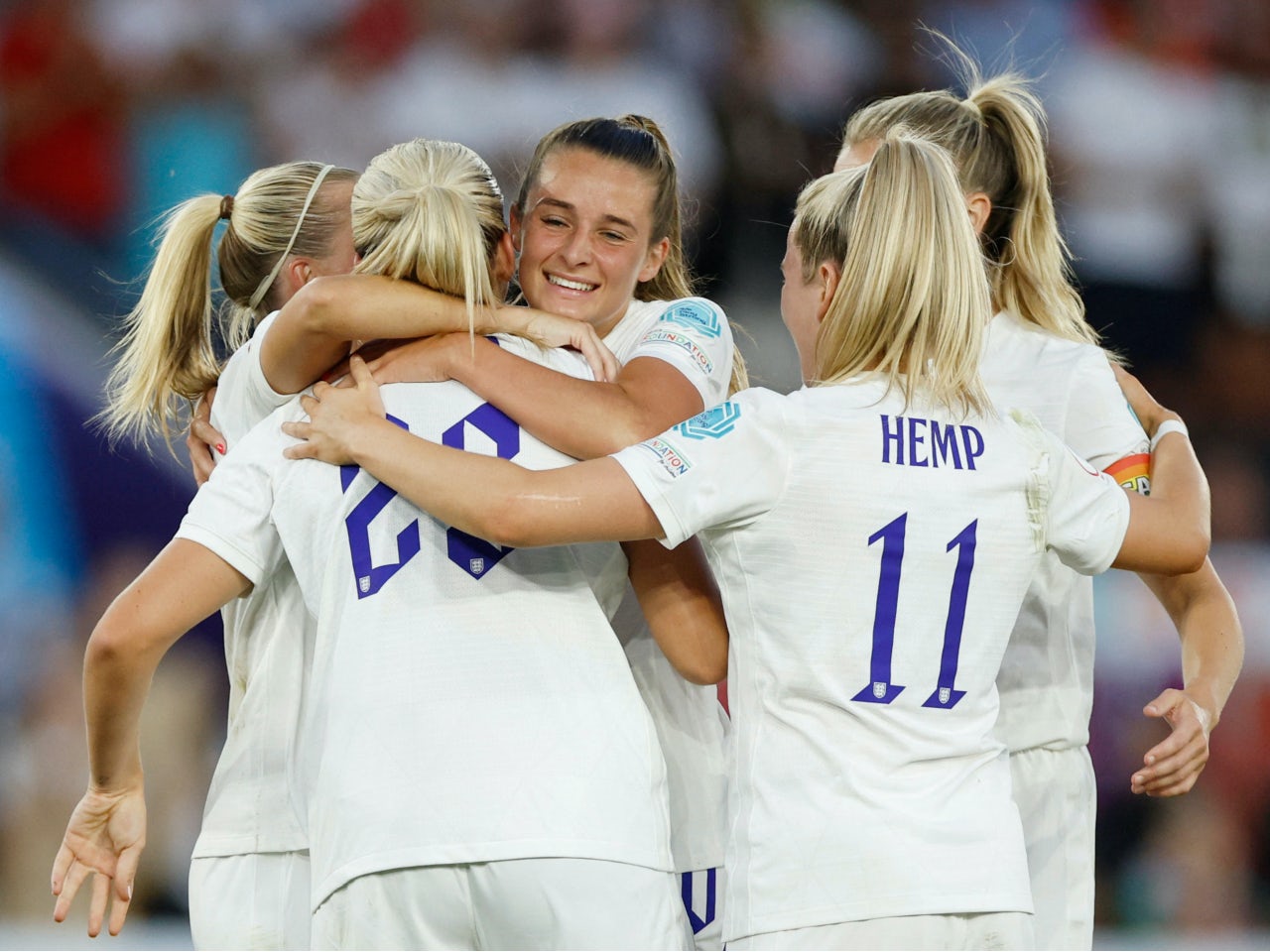 England break another goalscoring record as they round off Group A of Women’s Euro 2022 with a 5-0 thumping of Northern Ireland at St Mary’s Stadium.

England Women broke yet another goalscoring record as they made it three wins from three in Euro 2022 Group A with a 5-0 thumping of Northern Ireland Women at a packed St Mary’s Stadium.

Arjan Veurink paced up and down the touchline in the absence of COVID-positive manager Sarina Wiegman, as Alessia Russo (2), Beth Mead, Fran Kirby and an own goal from Kelsie Burrows saw the Lionesses set a new record for the most goals scored in the group stage of the women’s European Championship with 14.

England thought they had a penalty within the first six minutes of the contest after a Laura Rafferty handball, but after a lengthy VAR review, the decision was overturned following a previous handball by Mead.

Northern Ireland continued to frustrate England in the opening periods and held out for 40 minutes on the South Coast before their resistance was broken by a stunning curling effort into the top corner from Kirby.

The floodgates soon opened for the Lionesses, as the prolific Mead made it 2-0 with a deflected effort just before half time before a flurry of substitutions from those in white.

Manchester United’s Russo added to her tally within three minutes of coming on as she headed past a hapless Jackie Burns, and an exquisite turn from the 23-year-old allowed her to fire home and double her tally in the 53rd minute.

There was time for the Lionesses to grab a fifth in unorthodox fashion, as Mead’s cross met the boot of Burrows, whose attempted clearance looped over Burns into the back of the net – much to the anger of Kenny Shiels.

Russo spurned a magnificent opportunity to complete her hat-trick late on, as England wait to learn whether they will meet Spain or Denmark in the quarter-finals.