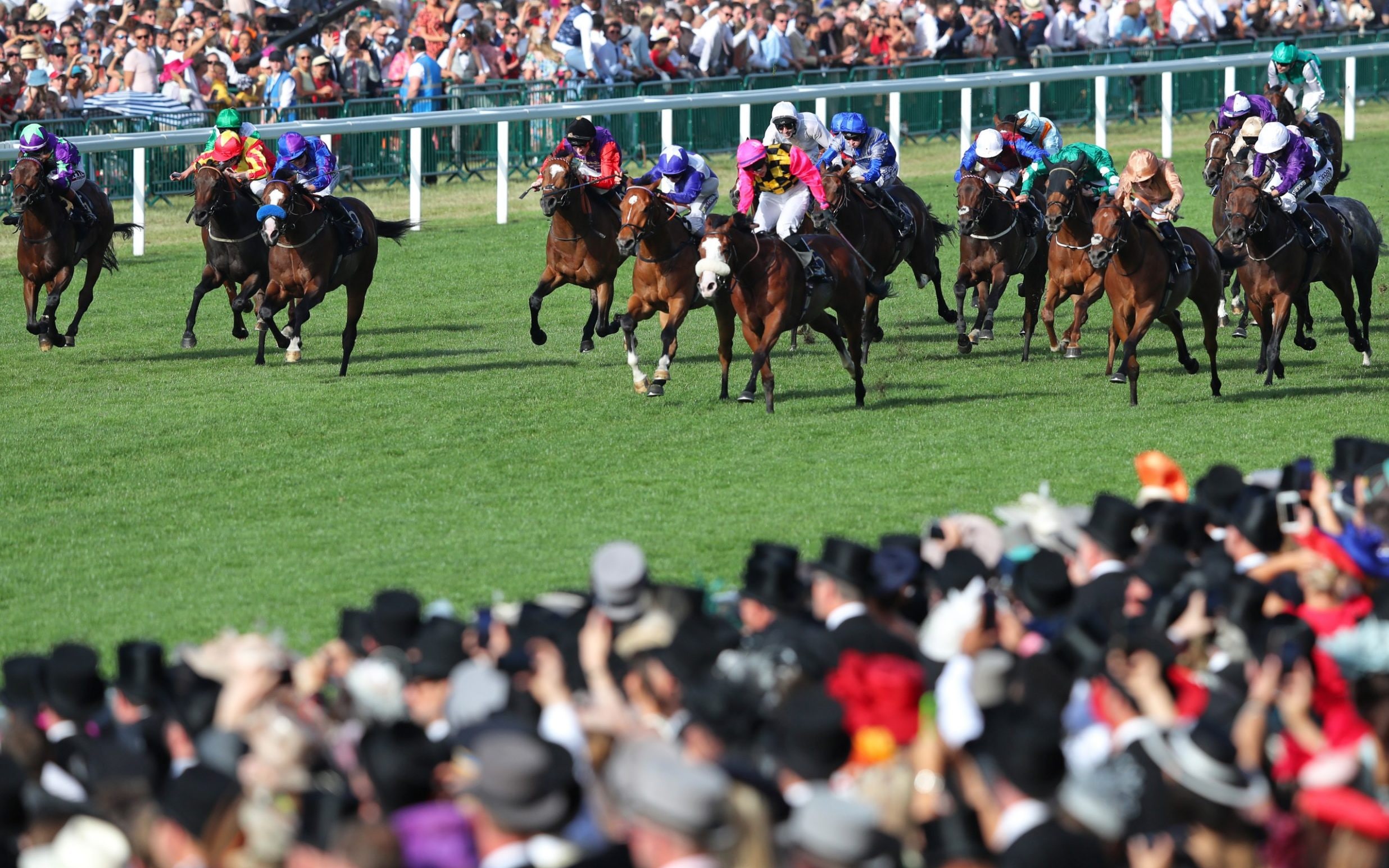 And welcome to our live coverage of the final day of Royal Ascot 2022, with the Platinum Jubilee Stakes the highlight of today’s card.

Our racing correspondent Marcus Armytage previews the action for day five, which provides one final chance for the Queen to celebrate a winner:

No race has a more international feel to it this week than today’s Platinum Jubilee Stakes with runners from Japan, Australia, America and Ireland as well as a useful home team but it may pay to look towards Yorkshire for the winner; John Quinn’s mare Highfield Princess.

Highfield Princess is one of the sport’s great rags to riches stories; unraced at two, rated a lowly 57 handicapper less than two years ago, a winner at Royal Ascot last year, all-weather champion at Easter to a career best two-and-three-quarter lengths win in a Group Two at York last time. She is versatile, tough, is getting better and faster with racing and looks uncomplicated.

She was bred by John Fairley, the former boss of Yorkshire TV and author of several books on racehorses in art. He is Quinn’s landlord and can see her looking out of her stable door when he is having his breakfast – the ultimate for an owner-breeder.

Having not run at two because she had an injury, this is only her third season so she is perfectly entitled to be still improving.

She will need to be though, that is for sure. Home Affairs represents Chris Waller and James McDonald who won the King’s Stand on Tuesday with Nature Strip and they will hope to bookend their visit with victory in this. He can even claim Nature Strip’s scalp when they last met although Nature Strip had a slow start that day which might have flattered Home Affairs slightly.

Artorius, the other Aussie, looks made for a Jamie Spencer trademark last to first ride up Ascot’s stiff six. The US filly Campanelle is technically unbeaten at Ascot having won here as a two-year-old and been promoted to first in last year’s Commonwealth Cup after being bumped by Dragon Symbol and if that young race is a feeder for this, then they should both be thereabouts providing Irad Ortiz is looking forwards not backwards when the stalls open this time.

Creative Force is another who likes Ascot having won the Jersey and Champions Sprint here. That he gets a bit further might not be a bad thing in a race where they will not hang around. Only the horses pulling the Royal Procession will have been up the straight more often than the Queen’s King’s Lynn this week. He was a very respectable seventh in the King’s Stand but this, Her Majesty’s last shot of the week, does not look any easier.

Hurricane Lane was only beaten twice last year when he was third in the Derby and third in the Arc. He was one of the middle distance stars of the Classic generation and despite this being his first run back he looks the pick of the field in the Hardwicke.

First-season trainer James Horton, formerly assistant to Sir Michael Stoute, has made a terrific start to his career. Asjad has been responsible for two of his winners and he can go close in the Wokingham.

With a Gold Cup already on the mantlepiece Aidan O’Brien has had a pretty reasonable if not dominant week but he can close the meeting by winning the Queen Alexandra with Wordsworth who should have too much class for his rivals if he gets the trip. When he had a recce of the course in the Sagaro Stakes earlier this spring he did not look like he would be troubled by another five furlongs.