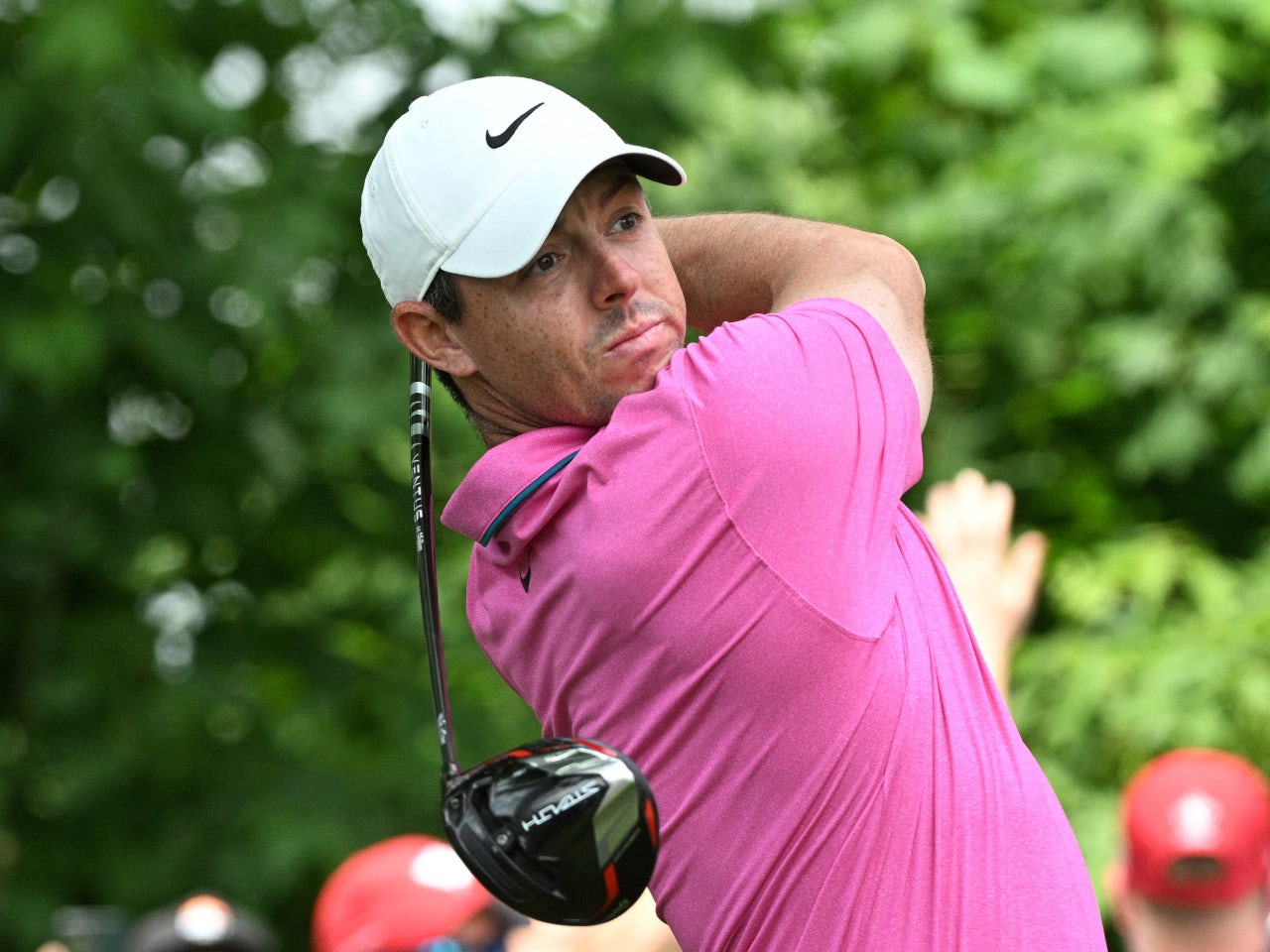 Rory McIlroy shoots a sublime final-round 62 to win the Canadian Open, successfully defending a professional title for the first time.

Rory McIlroy has recorded a two-shot victory at the Canadian Open, producing a sublime final-round 62 to get over the line in Ontario.

Before the start of the tournament, McIlroy spoke passionately about his enjoyment on the PGA Tour, committing himself to familiar surroundings at a time when several friends and rival players have moved to the controversial LIV Golf Series.

No-one was left in any doubt about how the PGA Tour will continue to thrive as McIlroy, Justin Thomas and Tony Finau battled down the stretch after Justin Rose had earlier posted a 60, missing putts to better that score.

McIlroy missed two three-foot putts and miscued a drive on the back nine – shots in sharp contrast to his 29 on the front nine – but the majestic Northern Irishman holed short birdies on 17 and 18 to win his 21st PGA Tour trophy and defend the crown that he won three years ago.

Ironically, McIlroy’s victory takes him past LIV Golf chief executive Greg Norman in the all-time list of PGA Tour triumphs, and the four-time Major winner did not miss the chance to aim a jibe at someone who has become an increasingly-polarising figure since his involvement with the Saudi Arabia-back competition.

A day @McIlroyRory will remember for a long time. pic.twitter.com/cbPk4w2jaN

Speaking after holing his winning putt, McIlroy said: “It’s incredible. Playing with JT and Tony today, two of the top players in the world, and all of us playing the way we did. I think the worst score in the group was six-under-par.

“This is a day that I will remember for a long, long time. My 21st PGA Tour win – one more than someone else – that gave me an extra incentive today, and I was happy to get it done.”

Finau and Thomas both played their part in a memorable day, the pair recording a pair of 64s which left Finau to claim second spot courtesy of a monster birdie putt on the last.

Rose’s reward for his stellar effort was a share of fourth with Sam Burns, but the Englishman was left ruing a missed chance to enter the history books with a 59.

With three holes remaining, that target was well within his grasp, but bogeys on 16 and 18 came either side of his birdie on 17 to leave him one short.

Corey Conners was the best of the home contingent, the Canadian player matching McIlroy’s 62 to earn sixth spot on his own.