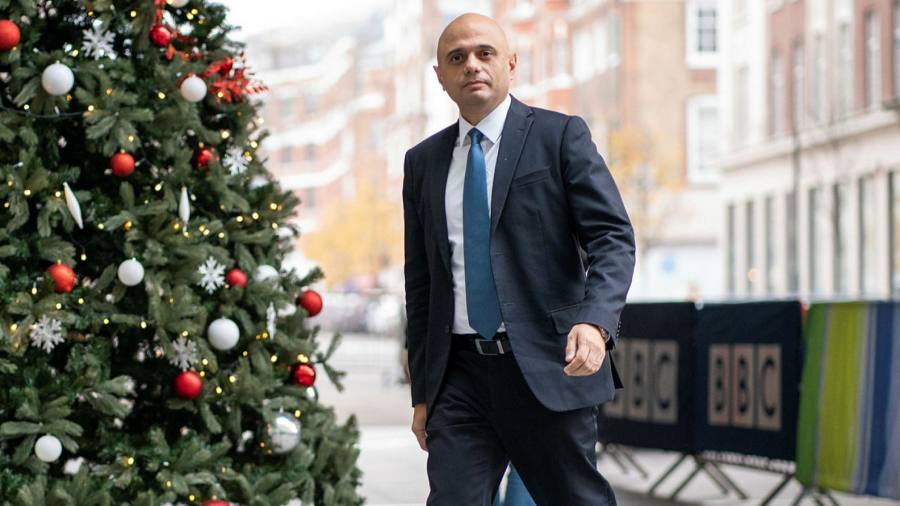 UK health secretary Sajid Javid has failed to rule out tighter Covid-19 restrictions in England before Christmas to stem the spread of the Omicron coronavirus variant, warning that there were “no guarantees” while dealing with a pandemic.

Government science advisers have told ministers that further measures may need to be implemented swiftly in England in order to avert a wave of hospitalisations similar in scale to last winter.

Questioned on The Andrew Marr Show on the BBC if he could rule out tighter restrictions, Javid said: “We are assessing the situation, it’s very fast-moving. We’ve seen with Omicron there’s a lot that we still don’t know.

“That’s the truth of the matter. The reality is there’s a lot of uncertainty,” adding that it was “time to be more cautious”.

Ministers are understood to be considering the introduction of social mixing restrictions. However, no decision has yet been taken. The government and devolved leaders will discuss the latest data in a Cobra meeting on Sunday afternoon.

Pushed on his refusal to rule out a short national lockdown, a “circuit-breaker”, or new restrictions before Christmas, Javid replied: “There are no guarantees in this pandemic, I don’t think. At this point we just have to keep everything under review.”

The direction of travel is only going one way: cases doubling over two days

The government’s Scientific Advisory Group for Emergencies (Sage) has warned that England could face “at least 3,000 hospital admissions per day” early next year if ministers stick to prime minister Boris Johnson’s plan B strategy.

If no further measures were implemented, daily deaths could number at least 600 by February, the advisers added.

There were 82,886 daily Covid cases reported across the UK on Sunday, following a week of record high caseloads. Of those, 12,133 are reported to be Omicron cases. The true figure is expected to be much higher. Meanwhile, a record 986,689 vaccine doses were administered on Saturday in the UK, of which 904,598 were booster shots.

Johnson has promised to offer every eligible adult in England a booster shot by the end of the year, which would require about 1m boosters to be given each day.

Sage said restrictions on indoor social contact and indoor hospitality were likely to be needed before the new year to prevent a peak of daily hospital admissions similar to January of this year, when nearly 4,000 Covid patients were hospitalised in a single day.

“It’s a very sobering analysis. We take it very seriously,” Javid told the BBC on Sunday. Johnson has promised to recall parliament if he does propose new measures.

The Treasury on Sunday said it would double to £860m extra Covid funding immediately available to the UK’s devolved administrations, following complaints from Scotland, Wales and Northern Ireland. 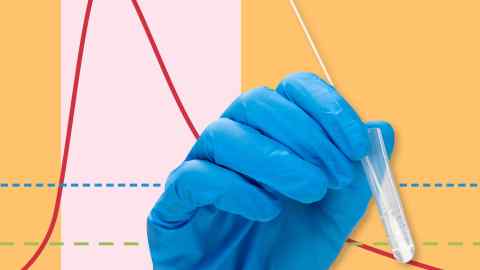 The devolved nations say their inability to borrow freely to fund coronavirus policies has forced them to wait until the UK government increases spending for England, triggering increases in the grants they receive from Westminster.

The Treasury said its £430m increase to funds announced earlier in the week would allow the devolved nations to take the “Covid precautions they feel are necessary”. However, the funds will have to be repaid if spending in England before the end of the fiscal year does not increase by a similar proportion.

Tory MPs fear that the government is already presiding over a “lockdown by stealth”. Rishi Sunak, the UK chancellor, is facing increasing pressure to provide a package of aid for sectors such as hospitality, retail and travel.

Sadiq Khan, London’s mayor, has declared a “major incident” in the city after 26,000 new cases were reported on Friday, which he said were causing staff absences in the capital’s emergency services.

Speaking to the Marr show, he said it was “inevitable” that new restrictions would have to be introduced. “The direction of travel is only going one way: cases doubling over two days,” he said.

Meanwhile, Michelle O’Neill, Northern Ireland’s deputy first minister, warned on Friday that booster shots would not be sufficient to protect the region. “We will need a significant intervention alongside that,” she told BBC television Northern Ireland, outlining that the region of 1.8m people could see 30,000 infections a day in a worst-case scenario.

“All options” were on the table, she said.