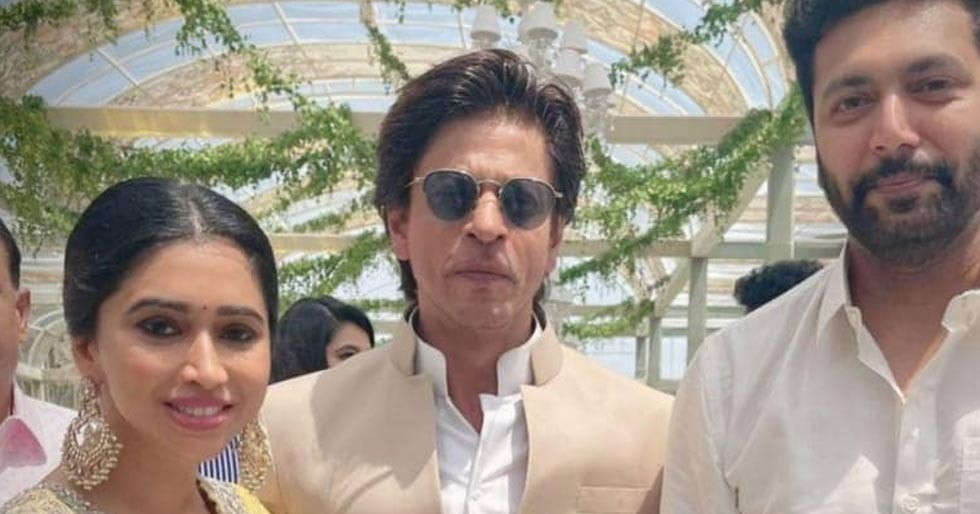 South superstar Nayanthara and director Vignesh Shivan tied the knot on June 9. Their wedding which took place in Mahabalipuram made headlines and was attended by the couple’s close friends and family. Among the attendees was Bollywood star, Shah Rukh Khan. The actor graced the occasion and was seen alongside director Atlee. Now, a photo of Shah Rukh Khan with Jayam Ravi and his wife Aarti Ravi has emerged from the wedding day.

This is probably not the last inside picture from Nayanthara and Vignesh Shivan’s wedding that we’ll see but it’s certainly momentous. Aarti Ravi took to Instagram to share a photo of herself alongside her husband Jayam Ravi and Shah Rukh Khan from the wedding. Shah Rukh Khan looked dapper in a lame suit while Aarti wore a yellow saree and Jayam was snapped in a white shirt.

Check it out here: 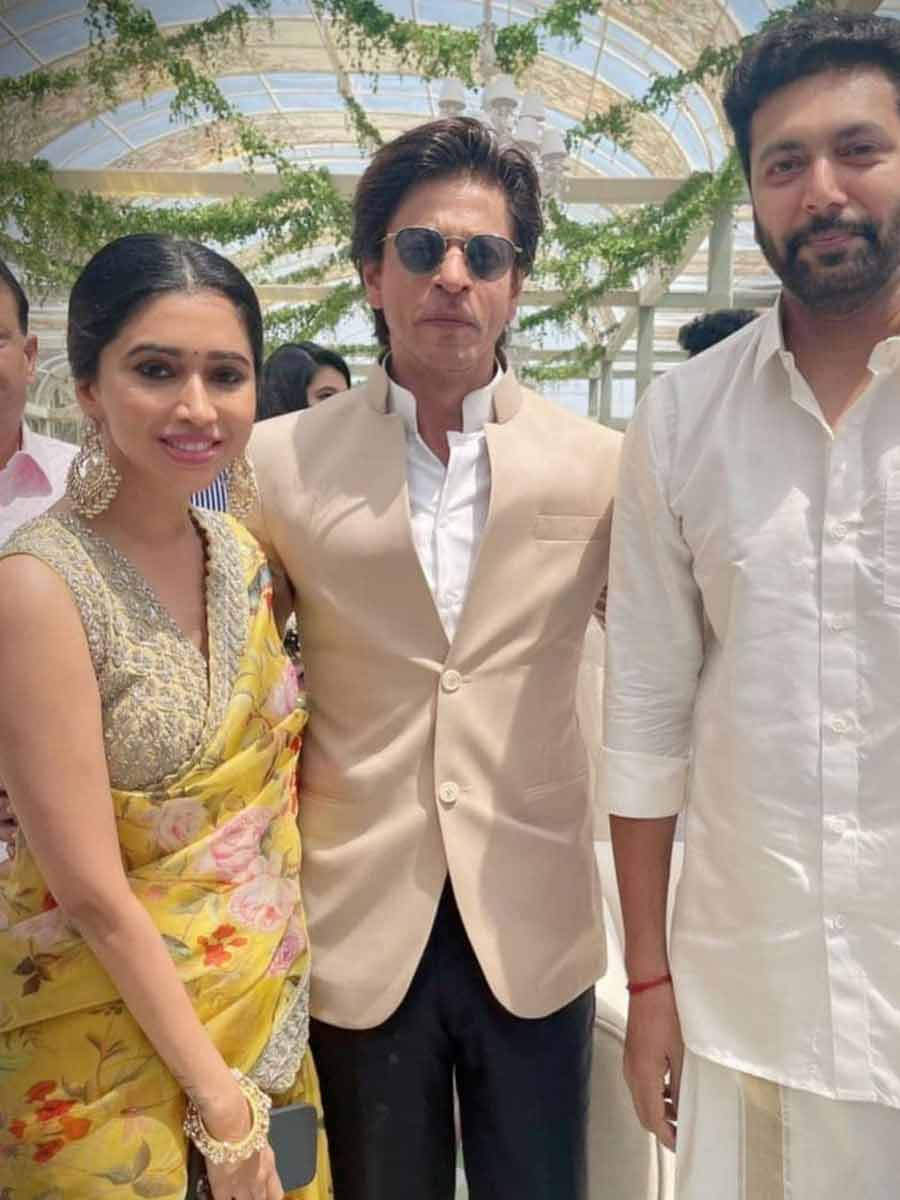 The picture is now making waves on social media where fans are showing their love for SRK. To note, the actor will soon appear on screen with Nayanthara in Atlee’s next film Jawan. The film’s first look is out. It will arrive in cinemas on June 2, 2023.

Earlier, Shah Rukh Khan’s manager Pooja Dadlani had shared a picture of the actor at Nayanthara’s wedding. Check it out here: 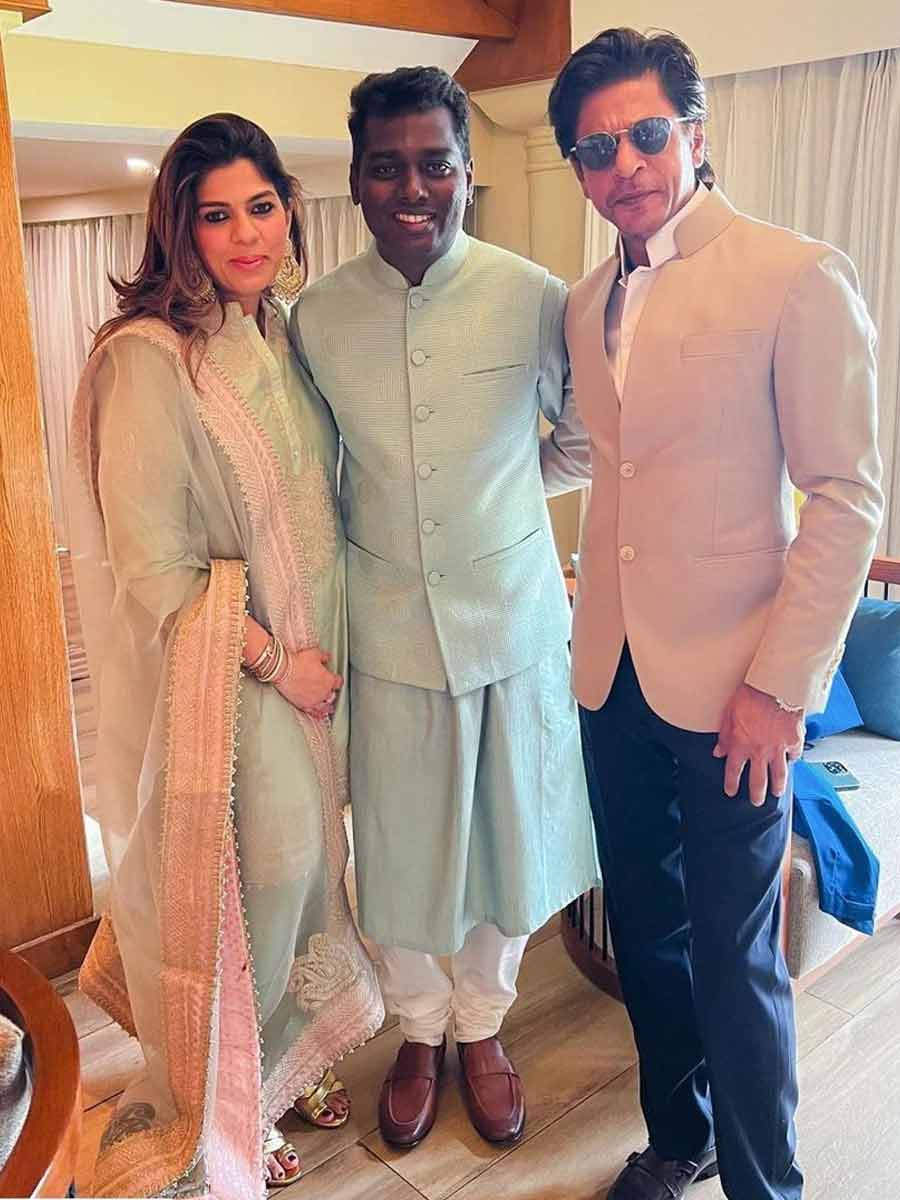