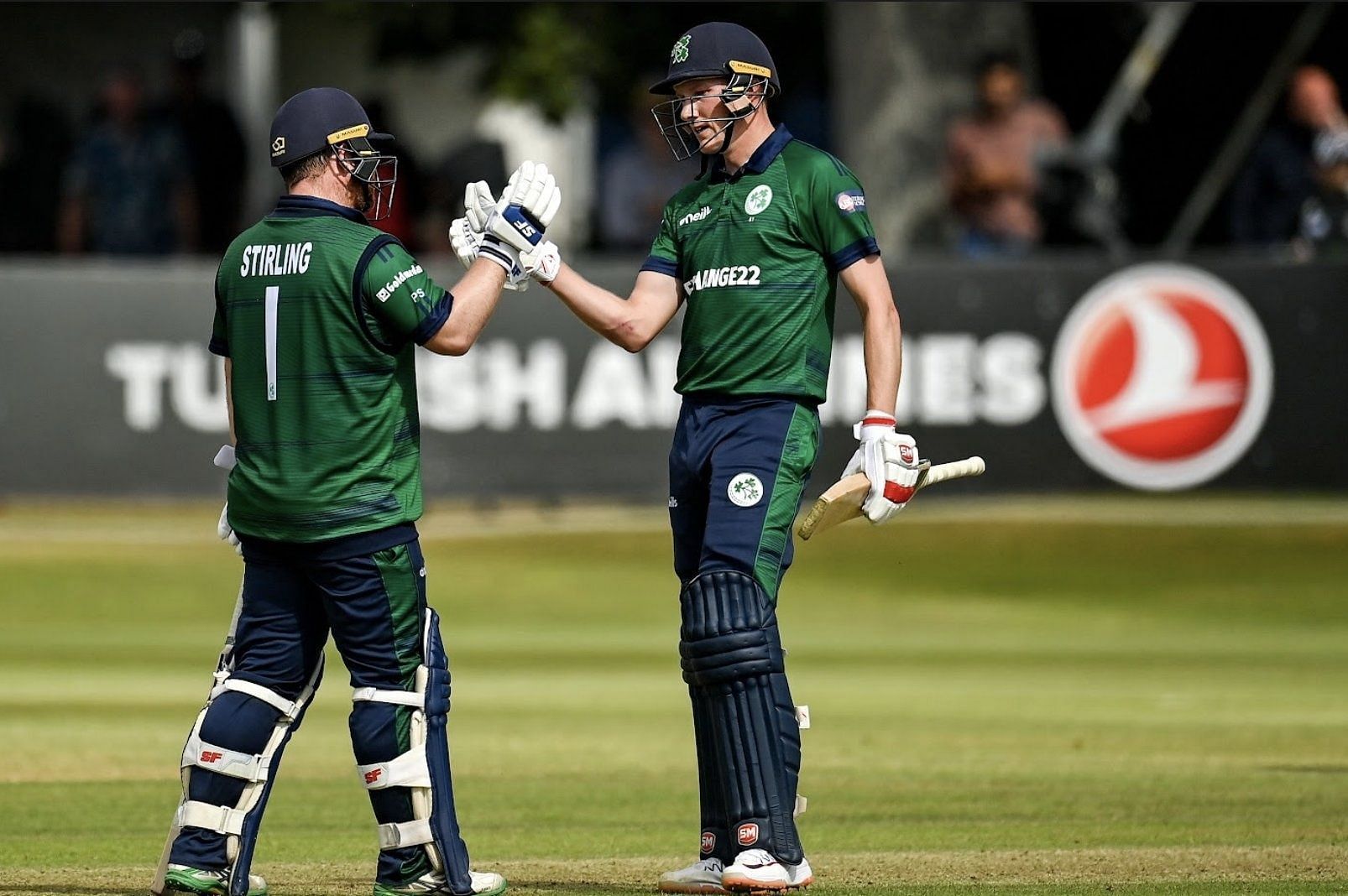 A spirited Ireland came tantalisingly close to chashing down 361 in the third ODI against New Zealand in Dublin on Friday (July 15) as Paul Stirling (120) and Harry Tector (108) hit brilliant hundreds. However, their pursuit ended in heartbreak as New Zealand hung on to register a one-run win. Responding to the Kiwis’ 360-6, Ireland finished on 359-9 as the visitors clinched the series 3-0.

With seven overs to go, Ireland were in a decent position to chase down the target, needing 53 runs with five wickets in hand. Mitchell Santner, though, put the Kiwis in the ascendancy by cleaning up dangerman Tector. The centurion attempted a reverse sweep but was beaten by Santner’s guile as the ball crashed into his stumps.

The equation came down to 17 off two overs. George Dockrell flicked the first ball from Matt Henry, a low full-toss on leg, to the fine leg boundary. However, there was another twist, as Dockrell (22) perished to the Kiwi pacer, lofting a pitched-up delivery to long-on.

Ireland remained in the hunt, needing nine off four deliveries. Glenn Phillips then dropped his third catch of the innings, failing to latch on to an offering from Craig Young off Blair Tickner at deep mid-wicket. To exacerbate matters for New Zealand, the ball went for four.

Young (6), though, was run out the next ball, attempting a risky single. It came down to three off the last ball. Graham Hume (7*), though, could only get a bye as he swung and missed at a slower ball outside off. Ireland were left dejected despite putting up a commendable chase.

Earlier, chasing 361, Ireland got off to a disappointing start, as captain Andrew Balbirnie was trapped lbw by Henry for a duck. Stirling and Andy McBrine (26) added 55 for the second wicket to lend some solidity to the innings. After McBrine also perished to Henry, Tector joined Stirling and gave the Kiwis a real scare.

The duo added 179 runs for the third wicket, the highest partnership by Ireland in home ODIs. Both batters looked in brilliant big-hitting form as the hosts staged a sensational fightback. The seasoned Stirling struck 14 fours and five sixes in his 103-ball 120.

Tector slammed seven fours and five maximums in his 108, which came off 106 balls. The wonderful stand was broken when Stirling hit Henry straight to deep-midwicket. Ireland kept fighting till the end, but they fell short of the finish line by a whisker.

Earlier, batting first on winning the toss, New Zealand posted an imposing 360-6 on the board. Opener Martin Guptill starred with 115 off 126 deliveries, a knock that featured 15 fours and two sixes. Guptill and Finn Allen (33) laid a solid foundation for the Kiwis, adding a brisk 78 runs for the first wicket.

There it is! ODI 100 #18 for @Martyguptill! Brings it up with six from a Free Hit. 60 + run partnership now with Henry Nicholls as they push the team total over 200. 35 overs gone at Malahide. LIVE scoring | on.nzc.nz/3cbfbFn #IREvNZ

There it is! ODI 100 #18 for @Martyguptill! Brings it up with six from a Free Hit. 60 + run partnership now with Henry Nicholls as they push the team total over 200. 35 overs gone at Malahide. LIVE scoring | on.nzc.nz/3cbfbFn #IREvNZ https://t.co/Dqa7muZstY