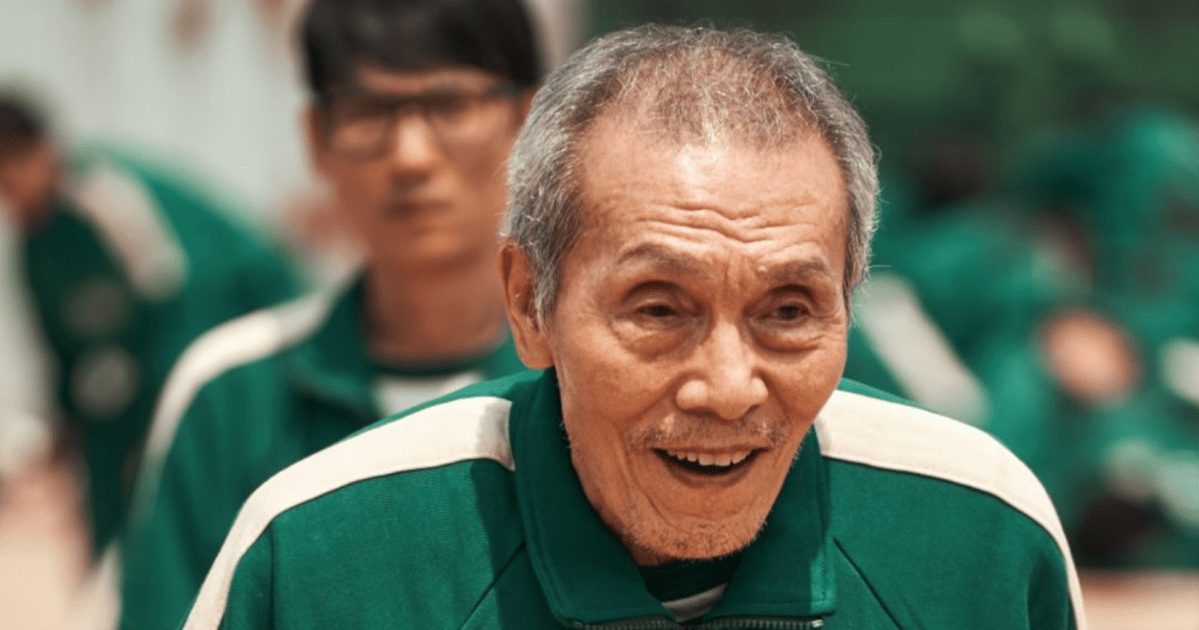 The dystopian South Korean drama became the streaming service’s biggest non-English-language show ever after landing on the streaming platform in late 2021.

The star, who portrayed Oh Il-namin in the Netflix series – otherwise known as The Host or Player 001 – was up for Best Supporting Actor in a TV Drama.

He beat off competition from the likes of Billy Crudup and Mark Duplass for The Morning Show, Succession’s Kieran Culkin and Ted Lasso star Brett Goldstein for the coveted gong.

This was O’s first-ever Golden Globe, at the age of 77, also becoming the oldest male actor to pick up a gong at the ceremony.

He was quickly congratulated by some of his fellow cast members, on social media, who posted sweet messages following his win.

The show’s lead actor Lee Jung-jae posted a photo of the pair smiling together on set and wrote: ‘Il Nam teacher, congratulations.

‘Every scene with my teacher was an honour, from the teacher’s lungs!’

Lee was nominated for Best Performance By An Actor In A Television Series, which went to Succession’s Jeremy Strong.

The show – which was watched by millions around the world – was also nominated for Best Television Series (Drama).

He previously spoke out on just how much the show changed his life since coming to Netflix.

Speaking on MBC’s How Do You Play?, as reported by Soompi: ‘I feel like I’m floating on air.

‘It makes me think, “I need to calm down, organise my thoughts, and hold myself back right now.”

Squid Game can be streamed on Netflix now.


MORE : Golden Globes 2022: Jamie Lee Curtis ‘proud’ as only celebrity who showed up at the awards amid diversity boycott