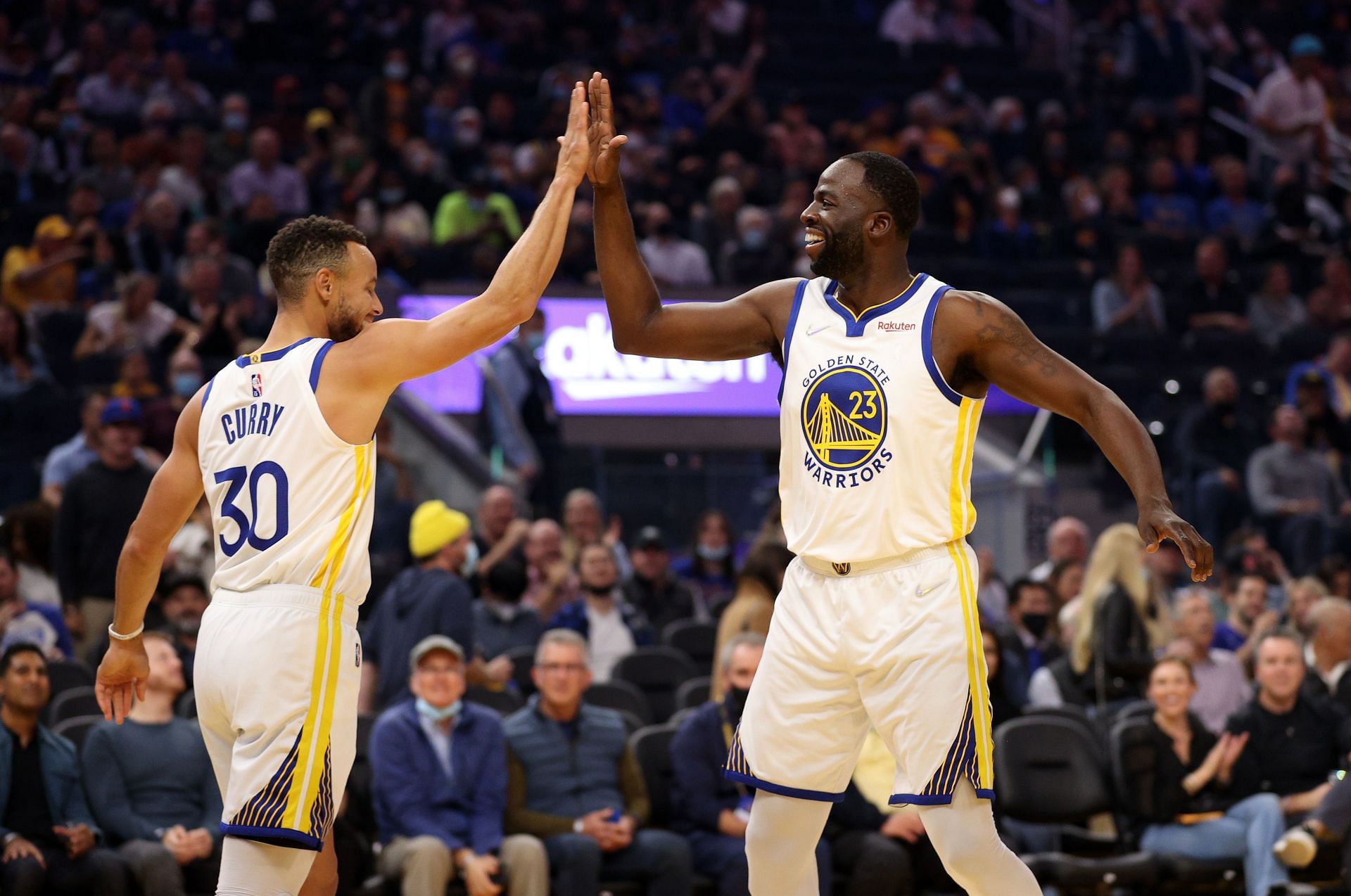 Steph Curry has been one of the standout performers in the 2021-22 NBA season and has led the Golden State Warriors to a 25-6 record so far this season. Although being crowned the best shooter in league history is his biggest achievement so far, fans have heaped praise on the veteran guard for his improvement defensively.

Physically, you can see the muscle gain, as Steph Curry is not willing to be pushed around anymore on defense. His strength is also helping him offensively, as he can finish better through contact.

In a sit-down with ESPN’s Doris Burke, teammate and friend Draymond Green spoke about Steph Curry’s performance defensively and how much work he put in to get to where he is at right now. He talked about how Steph noticed he was being targeted by opposition offenses and made the effort not to be the weak link in the team’s defensive line.

“Steph’s a winner, and he wants to win. And he understands the importance of having a great defense if you’re gonna win. On the flip side of that, for all these years, you’ve had teams ‘pick’ on it,” said Draymond.

“Again, Steph’s a competitor, and so, you’re not just going to keep singling him out and he’s just going to take that. I think the difference is he’s so grounded, and his body with his strength. He moves better laterally, much better than he used to move laterally. And he’s strong! When I say string, I mean strong,” he added.

After going off about how strong Steph Curry is, and how he has changed his routine to work on his strength, Green commended his effort and willingness to be better.

“I think that is the most beautiful thing, to watch a guy actually put the work in, and the improvements that he’s made on the defensive side. Like I said before, he’s one of our best defenders,” said the Golden State Warriors star.

Draymond Green tells the great @heydb that Warriors coach Mike Brown keeps a defensive grading sheet to track who makes the biggest leaps. “Last month Steph was the highest person. He’s like a 96.”

Seeing Steph Curry improve on the defensive end has been a source of added joy for Warriors fans. With his improvement, the Golden State Warriors could have an elite two-way team, putting them in the best position to compete for a championship.

Can Steph Curry win his fourth NBA championship in 2022?

The Warriors are 0.5 games behind the Phoenix Suns, who are topping the Western Conference standings with a 25-5 record. However, it is worth noting that the Warriors have performed this well without being fully healthy.

Steph Curry has played without his Splash Brother Klay Thompson for two consecutive seasons, but their reunion is around the corner as Thompson is almost ready to go. With Thompson performing at 80% of his former self on both ends of the floor, the Warriors have a great chance of going all the way this season.

After two consecutive playoff absences, the Warriors started the season looking to make a statement. Led by Steph Curry, the Warriors have solidified their position at the top of the standings and announced themselves as championship contenders.

Steph Curry’s shooting has made the difference for the team, as he has been shooting lights out. He recently broke Ray Allen’s NBA record of 2,973 three-pointers made and set a new record with every three-pointer he drains for the rest of his playing career. So far this season, he is averaging 27.1 points, 5.4 rebounds, 6.0 assists, and 1.6 steals.