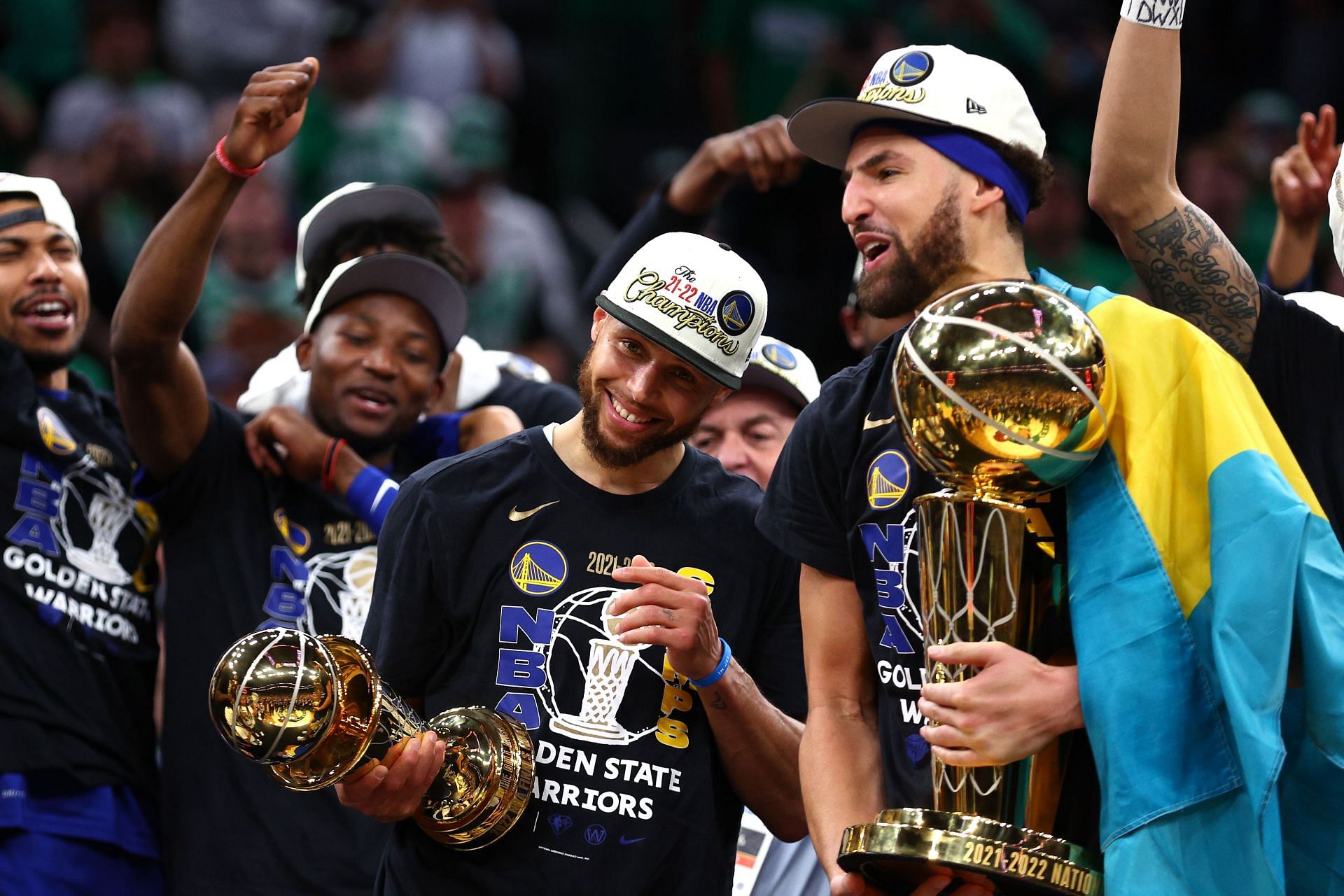 After a long road to recovery, Klay Thompson was rewarded greatly for his hard work and patience. Seeing the sharpshooting guard celebrate winning another NBA championship was by far the most feel-good moment of the season.

There is no describing what Klay Thompson went through to get back on an NBA court. Suffering Achilles tendon and ACL injuries back-to-back cost him more than two full seasons. Physical tolls aside, processing everything mentally had to be the most daunting task of his rehab process.

Warriors coach Steve Kerr was recently a guest on ‘The Lowe Post.’ Among the topics discussed was Thompson’s long road to full health. During the interview, Kerr brought up a time in December when Thompson was crying on the bench after a game because it had all become too much.

“I went out there, and he was basically crying on the bench by himself and Steph (Curry) and Draymond (Green) both came out there, and I think everything was just, it was just too much for Klay.”

Thompson always tried to remain upbeat during his recovery, but at this particular moment, the mental toll began to overwhelm him.

“At that point he was still kind of wondering, like, ‘Is this ever gonna happen for me?’ And everything that he had been through seemed to kind of come to a boiling point in, you know, for him emotionally, and he just, he just started crying.”

Above all else, Klay Thompson deserves nothing but praise and respect for his efforts over the past two years. Few players would have been able to hold it together after suffering two devastating injuries. Given all the circumstances that led up to it, there is no denying this ring is truly special to him.

Another reason why Thompson is owed praise is because of the shape he returned in. Many were quick to doubt how he’d be able to perform, but he was far from a shell of himself.

Across the entire postseason, he averaged 19.0 points, 3.9 rebounds and 2.3 assists, and shot 38.5% from beyond the arc on nine attempts per game. His best performance came in the series-clincher against the Dallas Mavericks, where he nailed eight triples en route to scoring 32 points.

In sports, some moments are bigger than the game. Seeing Thompson on the podium holding the trophy certainly falls under that category.