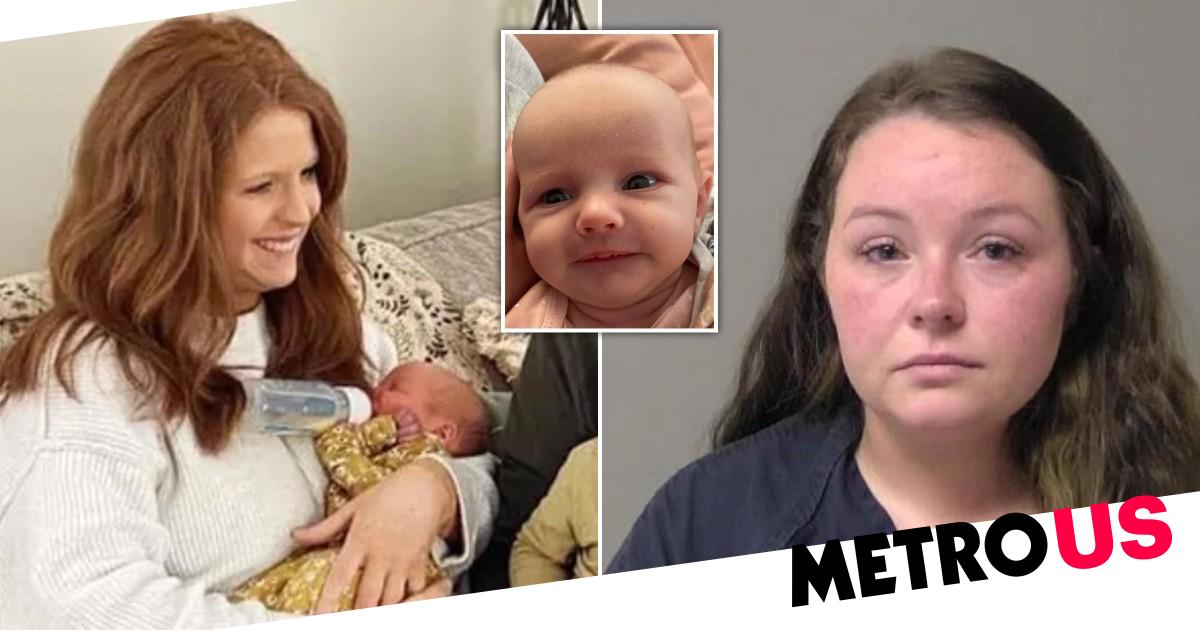 A day care worker allegedly shook a seven-week-old baby to death because she would not stop crying.

Taylor Burris, 24, then waited more than three hours to call for help. The day care worker was Google searching ‘shaken baby syndrome’ as the infant, Maren Gallagher, was at a hospital succumbing to blunt force trauma to the head, according to a police report.

Burris called 911 on the afternoon of May 17 to report an unresponsive child at the home day care in Forsyth, Illinois.

Maren was transported to St John’s Hospital, where she was pronounced dead the next morning.

Burris first told investigators that Maren got sick after getting hit by a softball at the day care. Burris initially said that Maren started crying after a ball struck her and grew more sick, leading her to call 911.

But in a second interview on Tuesday, Burris said Maren had indeed been hit by a ball, but admitted that she shook the infant out of frustration over her crying, an affidavit obtained by the Herald & Review states.

The shaking incident occurred around 10.40am, but Burris waited until 2.05pm to call for help.

‘Taylor admitted that she had “Googled” information about “shaken baby syndrome” the evening that Maren was in the hospital and lay dying,’ Macon County Sheriff’s Office Sgt Roger Pope wrote in the arrest affidavit.

‘When on the phone with dispatch, Taylor said that the infant had been in an unresponsive and impeded or apneic breathing state for 20 minutes before she called EMS.

‘This was clearly neglectful behavior.’

Burris was booked into Macon County jail on Tuesday and remained there on a $250,000 bail as of Friday. Her next day in court has been set for July 15.