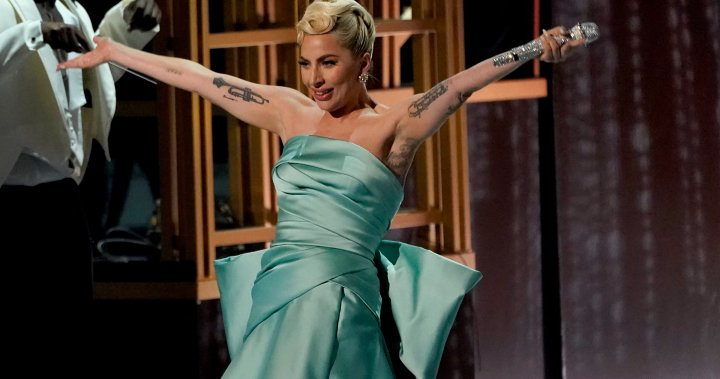 No two music fans are alike. We casually like some artists with our entire relationship beginning and ending with humming the melody to one of their records.

But then there are those with whom we are obsessed. We cannot get enough of them. In between those extremes are various levels of engagement that musicians, managers, and labels should be monitoring and nurturing.

With Web 3.0 initiatives quickly taking hold, the music industry is looking for new ways to understand the next generation of fans. Technology is shifting the very nature of fandom in ways that will be transformative over the coming years.

Spring, a company that partners with artists when it comes to e-commerce, commissioned a study of 8,000 music fans in hopes of charting out the future emotional and eventually financial relationships between fans and artists.

The result is a psychographic breakdown that puts fans into 10 different buckets, each featuring different levels of investment when it comes to emotion, spending, energy, time, and evangelism.

The first three fan types can be loosing grouped as being “Engaged.” The Browser is the most casual music listener (37 per cent of those in the survey), someone who stumbles across content, enjoys it on a superficial level, and then is either distracted or gets bored and moves on.

Type two is the Observer, someone who lurks around the music but doesn’t really commit too deeply.

The final “Engaged” type of fan is Curious. They’re intrigued by what they hear and are open to perhaps being encouraged to get more involved with the community of like-minded people who follow a particular band.

The middle group of fans is known as “Advocates.” This begins with Subscribers, those who make it a point of following the musician through both traditional and social media. They subscribe to an artist’s Instagram account, bookmark their Spotify playlists, and google stories about the artist.

A short step up from that is the Engaged fan. They do everything the Subscriber does but regularly comment on videos and pictures, provide Facebook likes, and seek greater status within the community of fans surrounding that artist. This is the realm of the true fan, someone who really digs what’s going on and wants a piece of it.

If an artist can bring the fan to the next level of the spectrum, they become “purchasers” — and this is where people’s appreciation of a musician’s work can be monetized.

The first purchaser level is the Active. Only about one in every thousand true fans can be classified as Active (40 per cent of the respondents self-identified this way). They’re a little more evangelical about the artist and often wear T-shirts, set up specialized playlists, go to concerts, and buy the occasional physical product. If the artist comes up in conversation, the Active will start gushing. And if necessary, they will vigorously defend that artist should someone disagree with their brilliance.

If the Active’s love for the artist grows further (and if finances allow), they became a Collector. This group collects everything: all the releases, all the merch, and all the knowledge they can about their favourite musician. They will also fork out big money for things like box sets and limited-edition vinyl releases.

The only level higher than an Active is the Superfan. Only about one in every 100 true fans fit this description. Superfans will do whatever they have to in order to achieve the deepest connection to their favourite musicians. They, for example, will follow an act on tour over the course of weeks or months. Others will seek out their expertise and stories involving a particular artist. Some form cover bands that play nothing but the music of their favourite bands. And they may even be acknowledged for their specialness by the artist themselves.

If you want to study this group, we also need to take a look at the BTS A.R.M.Y. (Adorable Representative MC for Youth), Taylor Swift’s Swifties, hardcore Deadheads, Beyoncé’s Beyhive, Dylanologists, and Beatlemaniacs. Mariah Carey has Lambs, Bieber Beliebers, and Jimmy Buffet Parrotheads. Little Monsters obsessively follow Lady Gaga. The hardcore base of Slipknot is known as Maggots. And if you’re a Juggalo, you’ll do anything close to being part of the world of Insane Clown Posse.

So far, so understandable, right? But Spring has identified a future type of music fan, one that’s only just being invented. They foresee the rise of an uber-superfan, a cult fan who is so deep into a particular performer that they want the original version of something produced by that artist. These folks are the ones buying NFTs and other Web 3.0 products in the pipeline. They also help pay for things like recordings and tours by contributing to pre-funding campaigns through sites like Kickstarter and GoFundMe.

If they could, they’d love the ability to collaborate with creators to do things like design merchandise. They’ll buy multiple copies of whatever product the artist offers. If an artist endorses a particular product, that becomes the preferred product for the fan. And to help boost an artist’s profile, they’ll sometimes put that musician’s Spotify playlist on repeat and run it 24/7 with the volume down. And just wait until the metaverse catches hold. These people are gonna go nuts.

Spring believes that the future of music commerce lies in bringing people as far as possible through these 10 levels of fandom. And it may not be as difficult as you think.

Young people are always the primary drivers of music culture and the next cohort of superfans will come from those born between 2010 and 2014. Call them Gen Alpha (we’ve run out of letters with Gen Z, so it’s time to start over.) The oldest of those super-tech savvy kids will become teenagers next year, marking the beginning of their musical coming of age years. Their relationship to music will be enormously shaped by technology and, to a certain extent, the COVID years.

The Spring study says they’ll be more adaptable, more collaborative, and more entrepreneurial than any generation of music fans we’ve seen so far. They’ll live in a world of AI, voice recognition, blockchains, NFTs, the metaverse, ultra-personalized engagement, and the gamification of everything.

We’ve come a long way. And the future sure looks interesting.

Alan Cross is a broadcaster with Q107 and 102.1 the Edge and a commentator for Global News.