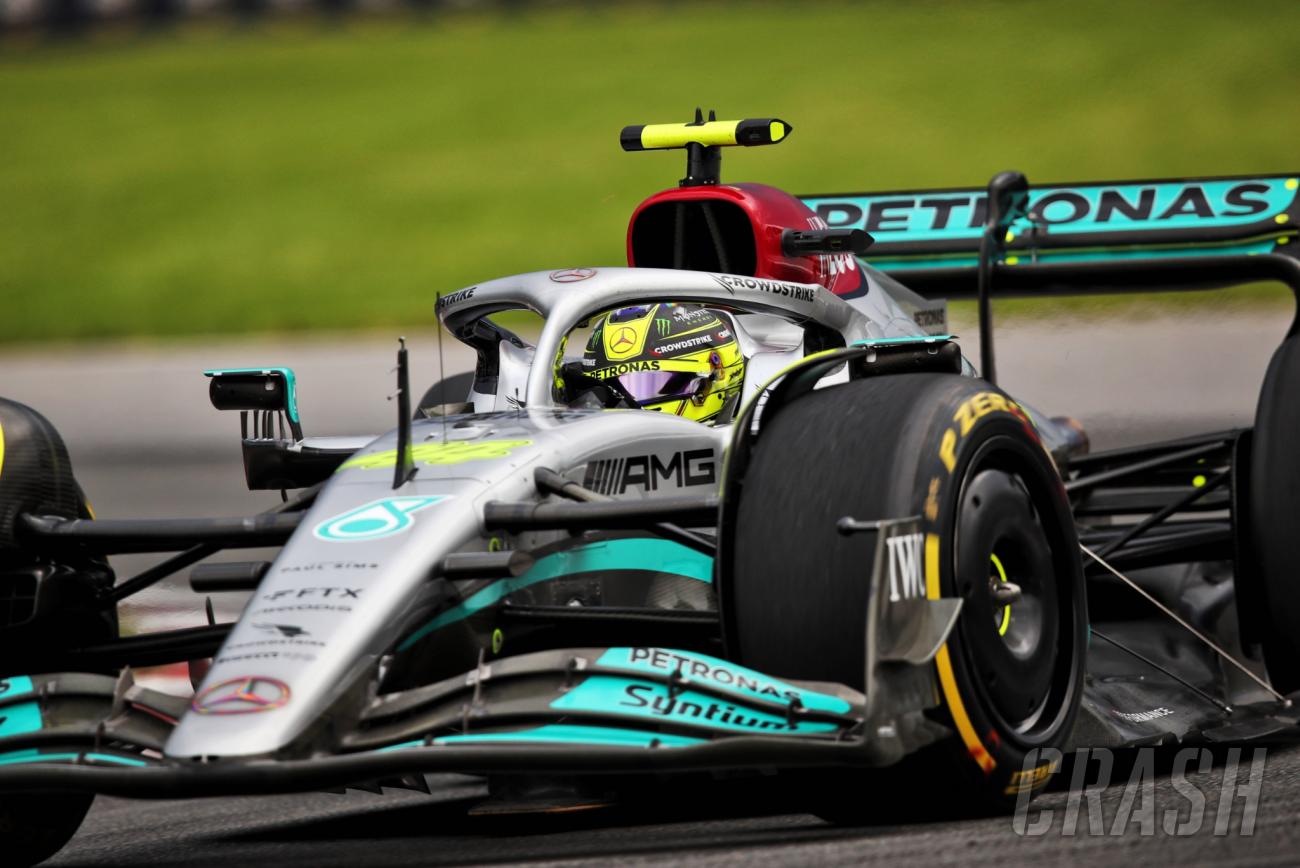 Hamilton struggled for pace and described his Mercedes as “undriveable” as he finished 13th in second practice, while his teammate George Russell was nearly half a second faster in seventh.

The seven-time world champion ran with an experimental floor on his car during Friday’s practice sessions as well as a different set-up to Russell, but conceded the tests had ultimately been futile.

Newer miss a video from

Before conducting his post-session interview in the TV pen, Hamilton was heard muttering “this car is so bad” in front of the cameras.

Asked how tricky the day had been for him, Hamilton replied: “Pretty much like every Friday for us. Trying lots of different thing, an experimental floor on my side that didn’t work.

“I’ll wait to hear how it felt for him but for me, it was a disaster. It’s like the car is getting worse. It’s getting more and more unhappy the more we do to it.

“We’ll keep working on it, but it is what it is. I think this is the car for the year, so we’ll just have to tough it out and work hard on building a better car for next year.”

‘The worst I’ve ever felt in any car here’

Hamilton, who is considered a master around the Circuit Gilles Villeneuve, having previously claimed six pole positions and seven wins in Canada, admitted he has never before struggled so much at the Montreal venue.

“One touch to the kerb and the thing goes flying, it’s so stiff,” he explained. “Here you need to be able to use the kerbs, so it’s very, very tricky.

“It’s not the Montreal that I know, that I’m used to and that I’ve experienced in my career. It’s the worst that I’ve ever felt in any car here.

“I’m hoping overnight that we can try and make some changes but it’s just the fundamentals of the car… It is what it is and it’s going to be a struggle.”

Asked if the difficulties are forcing him to re-learn how to drive the circuit, Hamilton said: “It’s just a monumental fight the whole time to keep it out of the wall.

“When the car leaves the ground a lot, when it lands it goes in different directions so you are just trying to catch a car that jumps, hops, grips, hops, grips.

“It’s tough and keeps you on edge. There were some big hits today. We’ve raised the car and it doesn’t make any difference.

“We’re way off but it’s to be expected with this car.”

Mercedes ‘a long way off the pace’

Russell fared better than his teammate as he ended the day seventh-fastest, though he was still over eight-tenths off the pace of Red Bull’s Max Verstappen, who topped both FP1 and FP2.

The highest-placed Mercedes driver was also behind Sebastian Vettel’s Aston Martin, Fernando Alonso’s Alpine and the AlphaTauri of Pierre Gasly.

“Ultimately our performance wasn’t where we want it to be,” Russell said.

“We’re quite a long way off the pace compared to the front two teams, but also there’s a couple of guys – Fernando, Sebastian – who look very strong as well. So we’ve got work to do.”

Russell admitted the set-up he was running compared to Hamilton was “probably the biggest deviation all season”.

“In FP2, that was probably the biggest deviation in set-up Lewis and I have had all season,” he explained. “We went in two very drastically different directions, and we’ll probably be able to find the happy medium between the two.

“We’re going to be working hard, we just need to make sure we qualify ahead of the midfield. I think we’ve got a race car that will put us in that third-best team position spot. But obviously if we qualify a little bit out of position it may be tricky.”