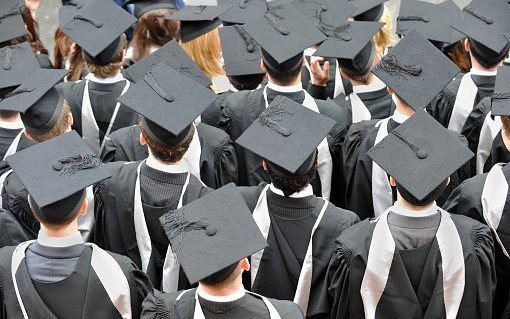 Roughly 40pc of university degrees do not lead to an average salary above £30,000 within five years, the analysis found. Of the 74 degrees included, 14 did not exceed the student loan repayment threshold within that period.

‘I don’t feel like the course was worth it’

For 25-year-old Ben Ferris, who studied events management, his low salary has made him question whether the course was worth the money. He still earns under £19,000 a year four years after graduating.

“The experience itself was amazing but I’ve been stuck in the ‘you haven’t got enough experience’ rut for jobs, even though I literally studied events management and put on events, so I feel like I could have probably done it off my own steam.

“For the wages that I’m on at the moment, I don’t feel like the course was worth it. But I don’t have to pay the loan back so I don’t really think about it that much.”

However, some have bucked this trend. Alice Oram, 27, studied film at Norwich University of the Arts, after which her starting job paid £23,000 a year. She said it took her several years to crack £30,000 working in documentary-making, taking on long hours as a runner which she said “killed any social life”.