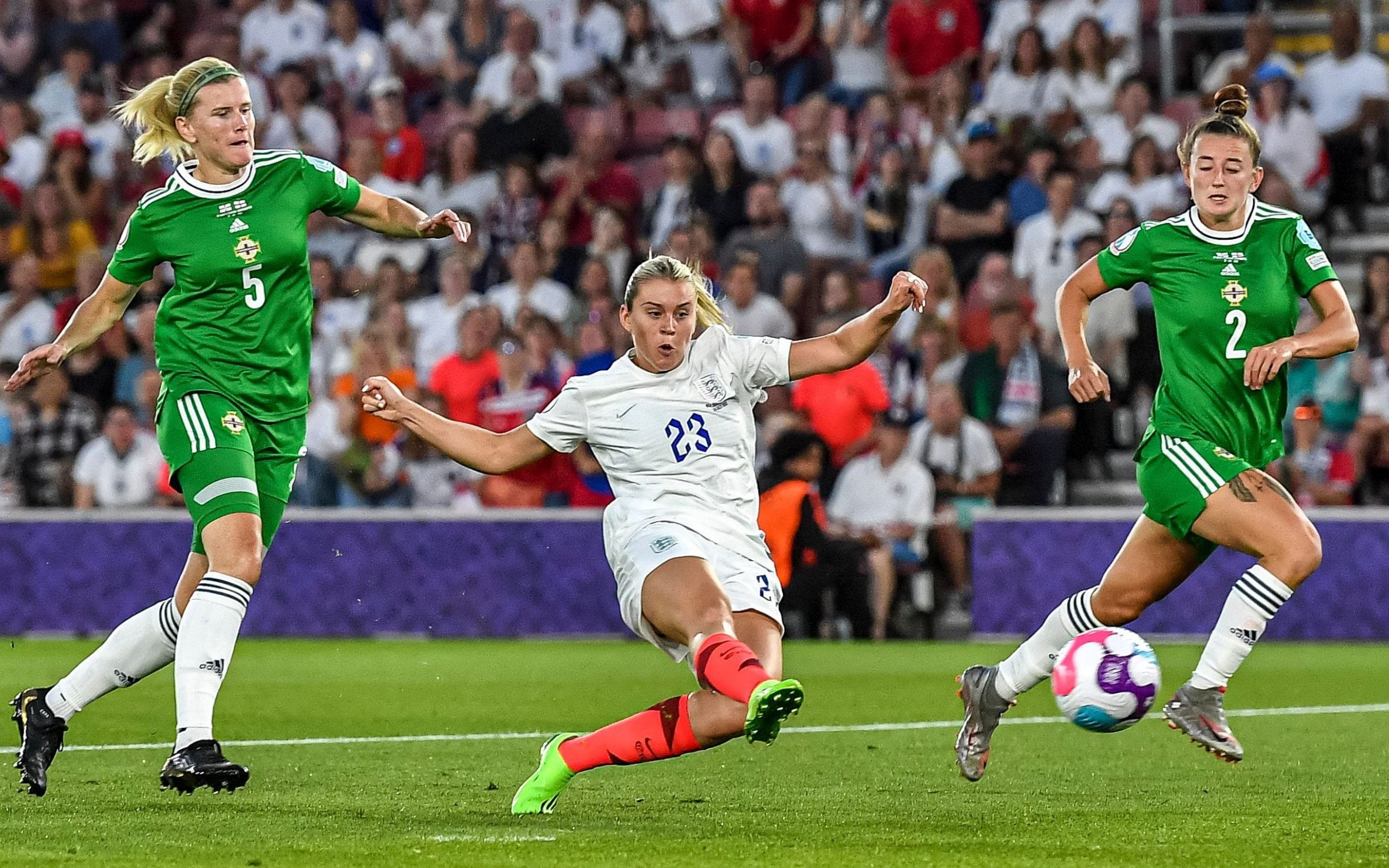 With one cool, masterful turn, Alessia Russo announced herself as England’s not-so-secret weapon at these Euros on Friday night.

Russo, 23, has proven herself a super-substitute over three matches for England, and a reliable goal-scorer who does not seem to be feeling the pressure of her first major tournament – and a home one at that. Instead, she is thriving.

Russo had not yet been on the pitch for eight minutes in Friday’s final group match against Northern Ireland, and already she had two goals – taking her tally to three in three matches. Her first was another solid header, from a perfect Beth Mead cross, but she earned her rightful place in the highlight reels through the flare she showed for her second.

It started with a pass from captain Leah Williamson, cutting through the Northern Ireland midfield to deliver to Ella Toone, who had only been on the pitch for a few minutes. Both she and Russo had been parachuted in as substitutes at the break, and were chomping at the bit to make an impact in their first full half of the tournament.

You cannot understate the intuition between Toone, 22, and Russo, 23. They are Manchester United teammates, contributing 16 goals and 12 assists in the WSL last season, and were also born just a few months apart, travelling through the England youth pathways together.

That enduring partnership was clear to see at a packed out St Mary’s. As soon as Toone received the ball, Russo was making her sneaky run from the left of goal towards the D, where she got in between and slightly behind the central defenders. At the same time, Toone was already picking her out, showing no moment of hesitation as she played her onside.

The rest was all Russo’s magic. With a quick, delicate flick of her trailing right foot she tucked the ball behind her, towards the goal, and spun around to face the target, leaving the unsuspecting Northern Irish defence flat-footed and calling out for offside in vain. Then, chasing her first touch, she used her athleticism to lunge for the ball and managed to fire past goalkeeper Jacqueline Burns with remarkable power. As the below clip shows, she made the turn look so natural, almost graceful.