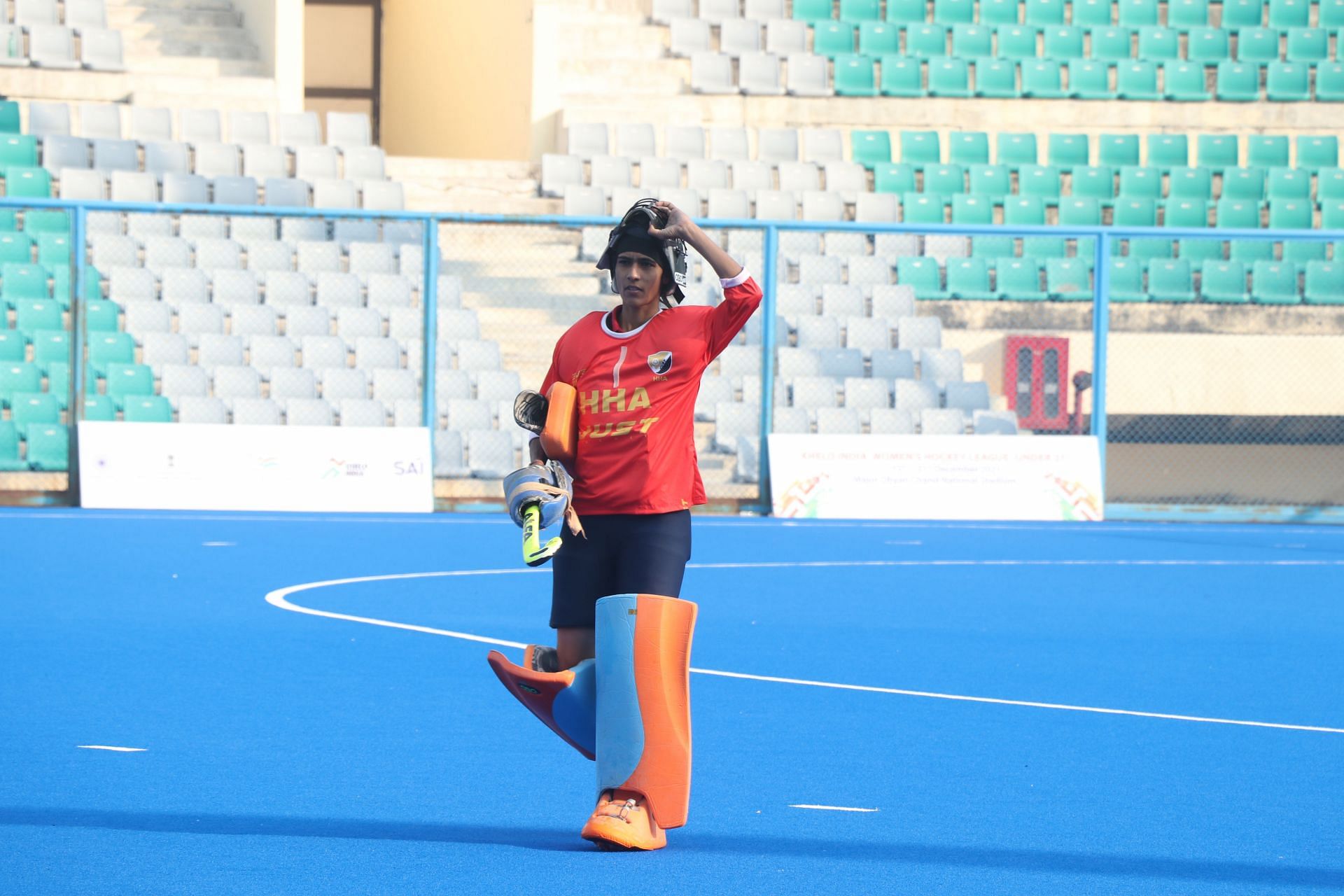 Hailing from Haryana, Savita Punia defied the odds to become India’s best and number one goalkeeper in recent times. Her performance at the Tokyo Olympics also got her a moniker – The Great Wall of India.

As the first leg of the Khelo India U-21 Women’s Hockey League concluded in New Delhi, it is natural for many goalkeepers to see a role model in Savita Punia. Haryana Hockey Academy goalkeeper Rekha said she wants to follow in the footsteps of Savita Punia and go on to become the next number one in the India senior women’s Hockey team.

The 20-year-old Hisar girl was excellent in the goal mouth and was instrumental in letting her team concede just three goals from six matches.

“Savita Punia didi is our senior and is also from our ground in Hisar. She guides and motivates us so very much whenever she comes and I personally get to learn a lot from her,” said Rekha, after her team’s 1-1 draw against Madhya Pradesh Academy on Tuesday.

“Savita Punia didi keeps telling me to take her position in the senior team and keeps motivating me (laughs). I have learned a lot from her watching her on TV and I am following in her footsteps,” she added.

Haryana Hockey Academy stood first in Pool B with a total of 16 points, which came from five wins and one draw.

Speaking about Haryana’s performance at the Khelo India U-21 Women’s Hockey League, Rekha said the team worked well on their game plan and executed them to the cue.

“From the start of the tournament, we wanted to play like a team and decide on the tactics one match at a time. We didn’t score that much in the tournament but a win is a win,” Rekha said.

Rekha also hails from Hisar, Savita Punia’s hometown. With her interest in hockey building, Rekha enrolled in the Sports Authority of India Training Center in Hisar eight years ago.

“There are 13 girls in our team who are from Umra village in Hisar. We have been practicing together for the last eight to nine years. Our coach Azad Singh Malik sir has also prepared us well and he keeps telling us as and when to switch strategies. There are still a few errors we want to address as we prepare for the second phase of the league in Lucknow,” Rekha explained.

Rekha has won 16 medals from competing in 22 national-level tournaments in a span of eight years. The versatile goalkeeper is selected to be a part of the SAI National Center of Excellence in Bhopal and will join them early next year.

“I want to participate in the upcoming Khelo India Games and win medals of course. Such a big tournament is happening in our state, and it naturally gives players from our state more confidence to give a good performance in front of our people,” Rekha said.

Speaking of her long-term goals, Rekha puts it straight.

“I don’t just want to participate in the Olympics but also win a medal and make Savita Punia didi proud.”