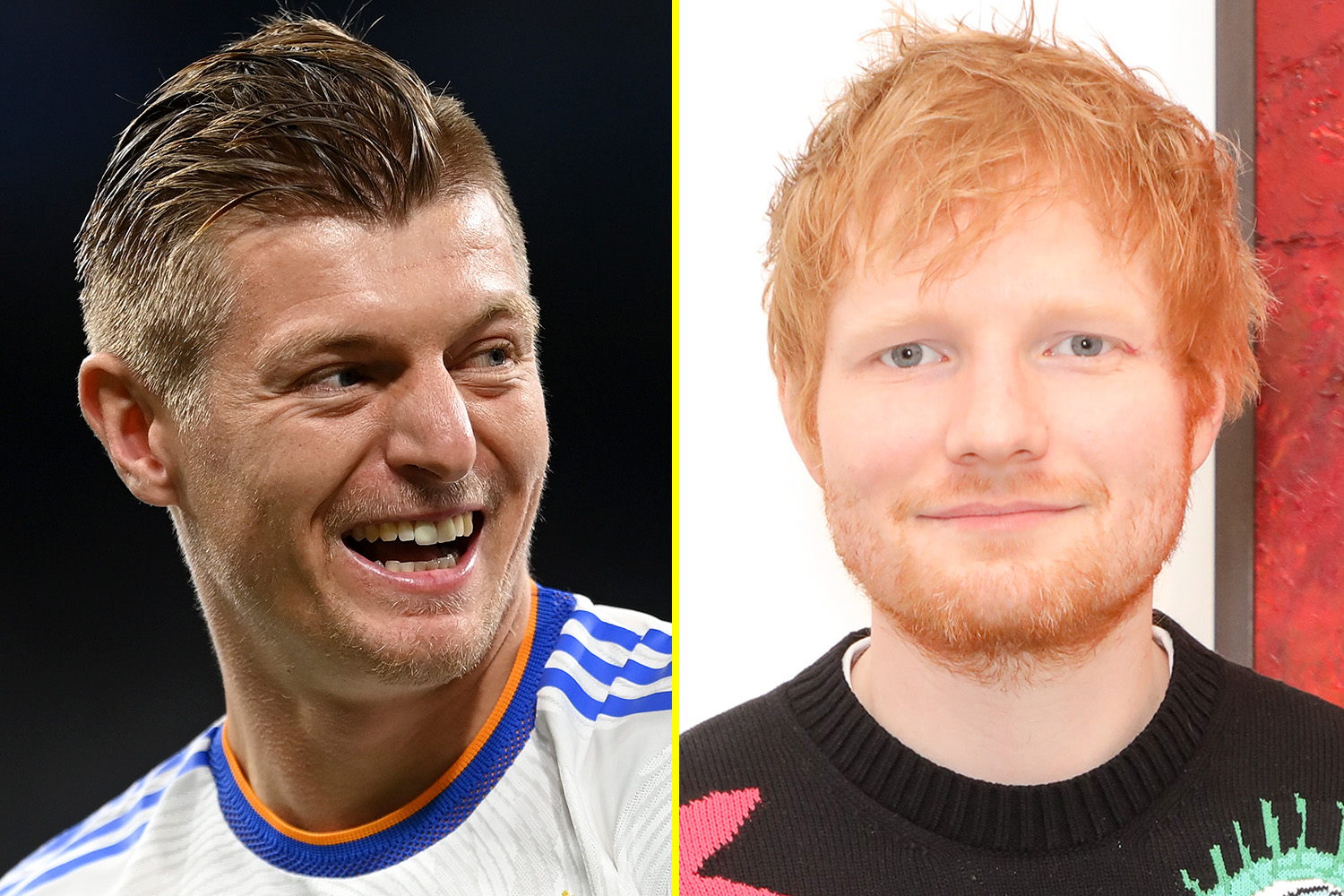 Toni Kroos has fired a brutal Ed Sheeran themed dig at newly-promoted side Schalke, only to have his Champions League final tantrum thrown back at him.

The vocal Real Madrid superstar hosts his own podcast, in which he made a dig at the German side’s recent misfortunes.

The club from Gelsenkirchen returned to the top flight this year following their first relegation in 40 years that came in the worst of circumstances.

A 30-game winless run under a multitude of managers including former Huddersfield boss David Wagner and ex-Spurs coach Christian Gross was only one game from the league’s record before being broken.

Even though they avoided the dishonour they were still relegated with ease, and only a late an unexpected run of good form in the second tier helped them regain promotion.

The team’s stadium, the Veltins Arena, has been used for music concerts in the off season as the club prepares for their Bundesliga return, and they even hosted English superstar Ed Sheeran.

After hearing about the gig, Kroos said: “Ed Sheeran did something that I have rarely seen: that people went home happy from the stadium after an event at Schalke.”

Kroos, a World Cup winner and four-time Champions League victor is hard to make fun of, but Schalke still hit back with their best effort after a recent moment of ignominy from the 32-year-old.

Kroos went viral in Germany for all the wrong reasons after a 1-0 Champions League final win over Liverpool in May, storming out of an interview with TV in his homeland.

After a typically boring final, Kroos was asked about the nature of Madrid’s win and if he was surprised they were put under so much pressure.

The midfielder then lost his cool, saying: “You had 90 minutes to think about sensible questions. And then you ask me two s****y questions. That’s crazy.

“It’s not surprising that you get into trouble against Liverpool. What is that a question? We’re not playing a group game somewhere, we’re playing the Champions League final.

Schalke chose to reference the moment that brought some heat on the player back in Germany, highlighting a far more iconic interview with one of their own.

A huge part of their promotion was down to second tier king Simon Terodde who scored 30 goals in 30 games last season to fire the side to the top of the league.

During his end of season run the striker scored a stoppage time winner to beat Sandhausen 2-1 and send the side inches from promotion, sparking incredible scenes of celebration.

After though, the 34-year-old tried to give an interview, and could barely speak as he completely lost his voice in a clip that had even non-German speakers in bits.

And Schalke replied to Kroos’ comments with the clip and the caption: “At least we can give cool interviews after the final whistle.”

£/$/€10 min deposit using promo code “TOP100” • The bonus will be applied once the full deposit amount has been wagered at least twice with cumulative odds of 1.50 or greater • To withdraw any winnings from your bonus, you must wager the bonus amount up to 5 times­ • All deposit and bonus wagering requirements must be completed within 60 days • This offer may not be combined with any other offer • Wagering limit of £/$/€50 per bet Applies • Restrictions apply to withdrawals, payment methods and countries & full T&Cs apply. 18+ Begambleaware.org