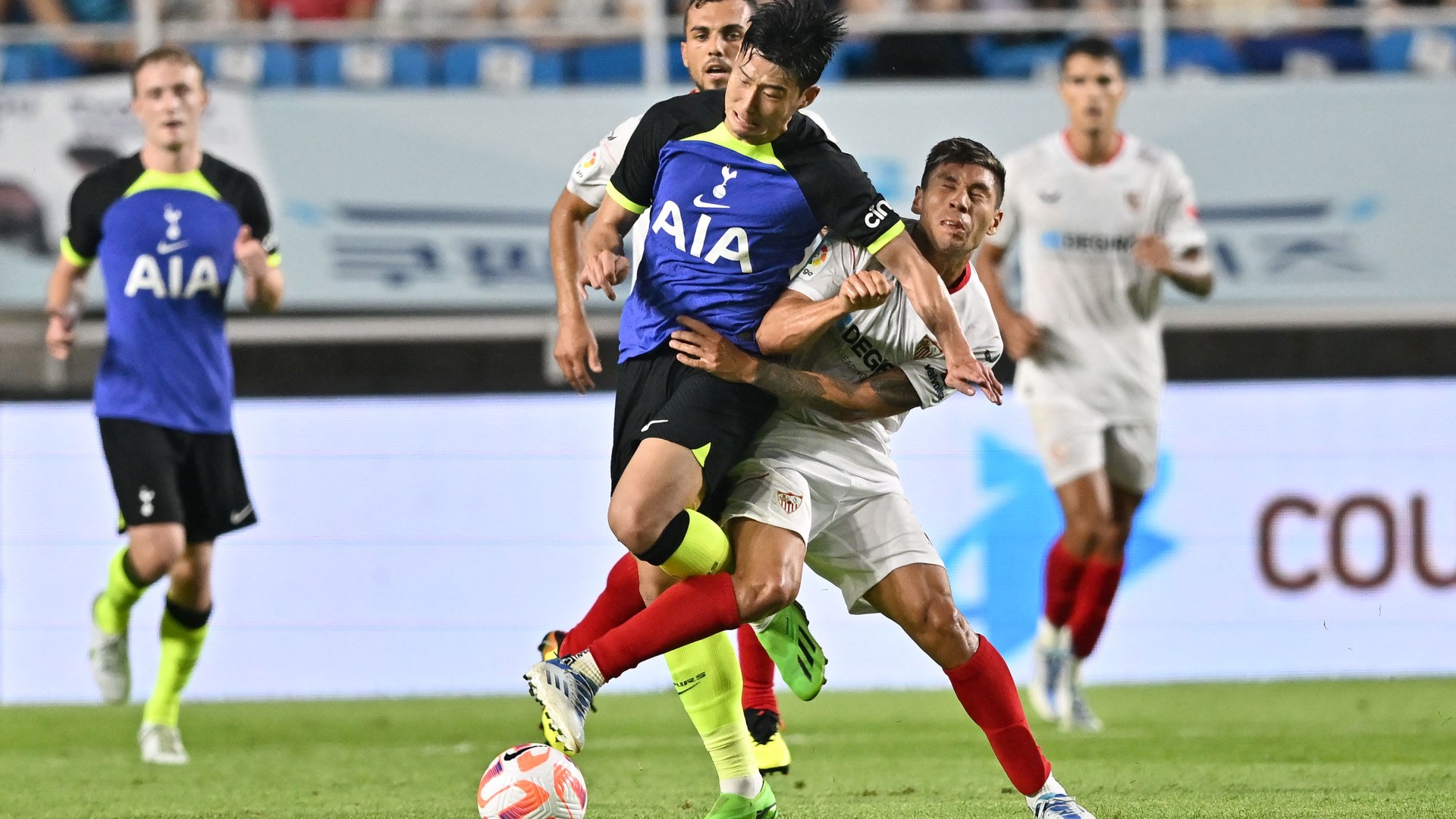 TOTTENHAM and Sevilla players clashed as the half-time whistle was blown during their friendly match in South Korea this afternoon.

Sevilla came into the match appearing to forget it was a friendly, repeatedly clattering Spurs stars.

Full-back Montiel had been a particular culprit, previously going in recklessly on Ryan Sessegnon.

The biggest flashpoint was sparked as Montiel tried to stop Son on the counter.

He attempted to barge Son off the ball, only succeeding in catching the 30-year-old’s stray elbow. 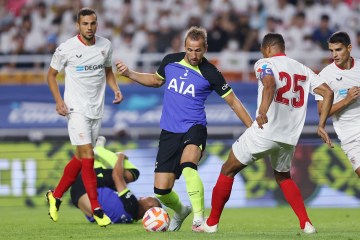 The incident left Montiel with a bloodied mouth and seemingly bruised ego.

After leaving the pitch to change his shirt, the Argentine aggressively confronted Son upon the half-time whistle.

A flurry of players from both teams suddenly surrounded the duo, with Richarlison and Cristian Romero attempting to keep the peace.

After calming things down, the teams went back to the dressing rooms with the score level at 0-0.

Aside from the aggro, the match was a low key affair in the first half, especially compared to Spurs’ 6-3 win over Team K League last time around.

Erik Lamela came the closest to breaking the deadlock in the first 45, striking the post from range against his former side.

It was Spurs who took the lead early in the second period, however.

Man of the moment Son fed Harry Kane, with the England skipper calmly rolling the ball into the back of the net.

Sevilla levelled in the 64th minute through Ivan Rakitic.