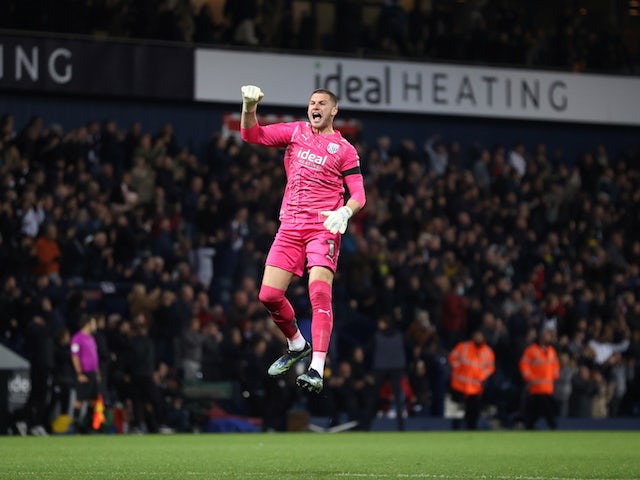 Tottenham Hotspur reportedly join three other clubs in the race to sign West Bromwich Albion number one Sam Johnstone, whose contract expires at the end of this season.

Tottenham Hotspur have reportedly joined three other clubs showing interest in West Bromwich Albion goalkeeper Sam Johnstone, whose contract at the Hawthorns expires at the end of this season.

The 28-year-old is the leading number one in the Championship this campaign, having kept 11 clean sheets in his 22 appearances for the Baggies, and he is believed to be keen on a move back to the Premier League.

Johnstone is said to have dismissed West Brom’s offers of a new contract in the West Midlands, with interest from top-flight clubs attracting his attention, also bearing in mind his position in Gareth Southgate‘s England squad.

TEAMtalk reports that Spurs are among Newcastle United, West Ham United and Scottish outfit Rangers, who are all keeping tabs on Johnstone’s availability, while another report suggests that the Hammers are currently leading this race.

Thirty-four-year-old Hugo Lloris remains the number one at the Tottenham Hotspur Stadium, while the Lilywhites brought in Pierluigi Gollini on loan from Atalanta BC to be the Frenchman’s understudy.

In total, Johnstone has kept 41 clean sheets in 153 appearances for West Brom, and has experience one full season in the Premier League during the 2020-21 campaign.