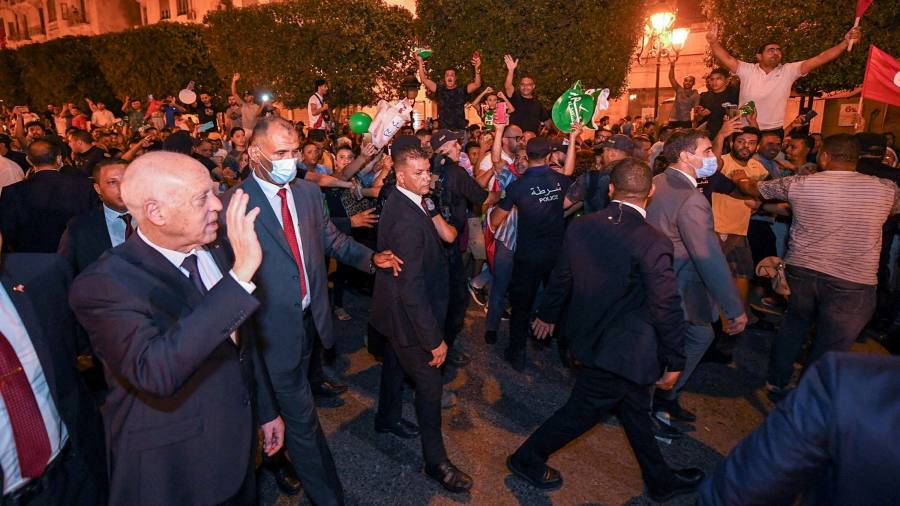 Voters in a referendum in Tunisia have overwhelmingly supported a contentious new constitution, despite critics saying the change unravels the democratic experiment launched after the country’s 2011 uprising against authoritarian rule.

The new charter, which gives the populist elected president Kais Saied extensive powers, was approved by 94.6 per cent of voters, said the electoral commission. Turnout in Monday’s referendum was just 30.5 per cent.

The new constitution, analysts note, weakens checks and balances in the political system and states that the president “cannot be questioned” about his actions during the discharge of his duties. It also gives the president extensive authority over the judiciary and government, allows him to dissolve parliament and issue laws by decree in its absence. He can remain as president beyond the two terms allowed by the constitution if he believes the country is in danger.

“This is the start of a dictatorial era,” said Afaf Daoud, a leader of the Takatol opposition party, one of several groups that had called for a boycott of the referendum. “Under his constitution, there is no counterweight to him because he has marginalised parliament. The charter makes the president completely unaccountable.”

Saied has been quoted as saying the next step would be a new electoral law. Such legislation, his opponents warn, will be entirely shaped by the president who has been ruling by decree since September after he shut parliament and seized all powers in July 2021.

Until Saied’s power grab, Tunisia was seen as the only example of a successful democratic transition in Arab countries which rose up against dictatorial rule in 2011. The country’s 2014 constitution, the result of extensive open debate, was internationally hailed as a democratic achievement and a milestone in a region where dictatorship is the norm.

Despite initial high hopes, the past decade has been one of disappointment for swaths of Tunisians as a revolving door of weak coalition governments failed to address social and economic problems. That led to falling living standards and rising unemployment.

Saied was elected president in 2019. Many Tunisians welcomed his moves to seize extra powers in the hope he would rid them of politicians they viewed as corrupt and ineffective.

Groups of the president’s supporters celebrated on the streets on Monday night after exit poll results suggested the constitution had been passed. Saied joined them on a main avenue in Tunis in the early hours of Tuesday morning.

“We have gone from the shore of despair and disillusion to the shore of hope,” he told the Associated Press news agency. “There will be no turning back . . . This is a total break with a system forever rejected.”

Some analysts said the low turnout is a sign his popularity may have receded since he monopolised power last year. 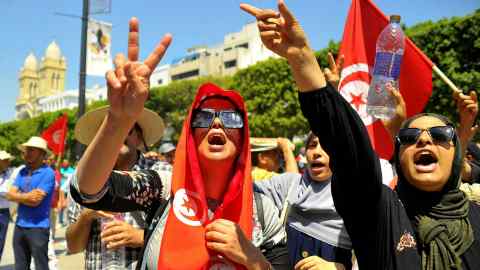 The economy will remain Saied’s main challenge, analysts say. The war in Ukraine has pushed up the price of Tunisia’s wheat and energy imports, exacerbating an economic crisis that deepened after the coronavirus pandemic hit the crucial tourism sector. Tunisia is in negotiations with the IMF for a loan agreement that would entail subsidy cuts and curbs on the expansion of the state’s wage bill.

“Economic problems have been piling up,” said Youssef Cherif, political analyst and head of the Columbia Global Centre in Tunis. “Saied and the government are setting a lot of hope on the IMF, but this will not be enough,” he said, adding that many problems are linked to the Ukraine war and its impact on Tunisia’s main trading partner, Europe.

“He is now in control of everything. People will slowly realise that and start blaming him,” he said.