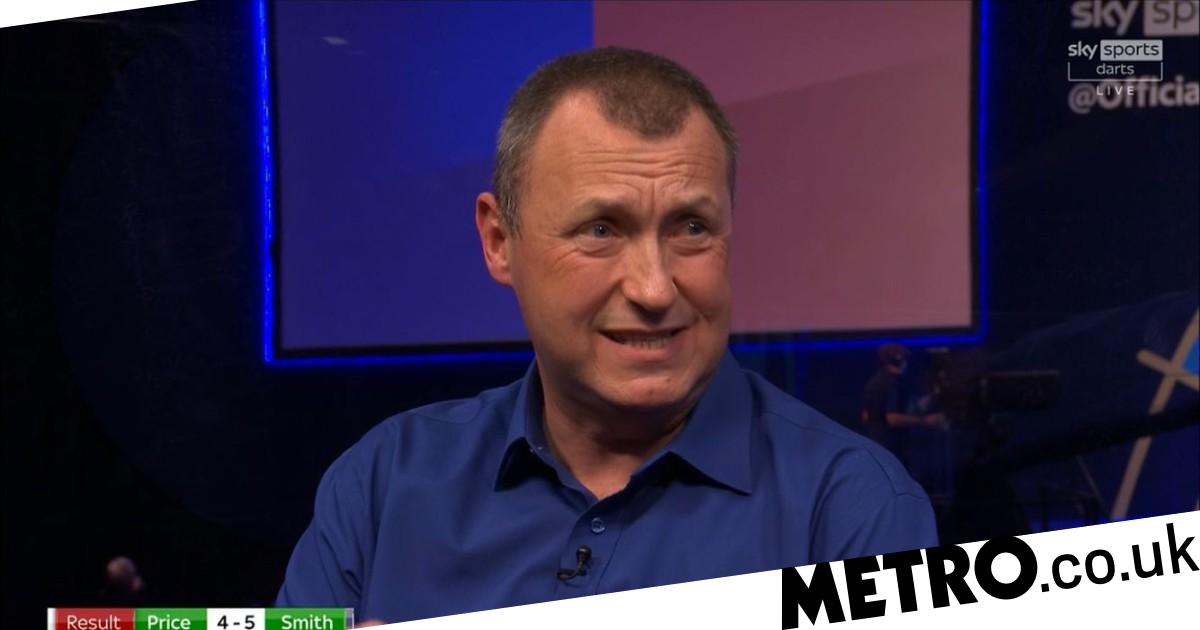 Reigning world champion and pre-tournament favourite Gerwyn Price was knocked out by Smith in a thrilling quarter-final, despite throwing the third nine-darter of the competition.

Earlier in the evening, 2020 champion Wright came from 3-1 down to beat impressive debutant Callan Rydz 5-4 in another brilliant contest in London’s Alexandra Palace.

Anderson, who was crowned champion in 2015 and 2016, and four-time semi-finalist Wade both progressed to the semi-finals on Saturday afternoon, beating Luke Humphries and Mervyn King respectively.

Looking ahead to the semi-finals, Mardle told Sky Sports: ‘I said at the start of the tournament that Peter Wright couldn’t win it. I’ve changed my mind a little bit on that one.

‘Smith beat Wade, for me. I might have to ponder a little bit on the other semi-final. I have an opinion but it all revolves around Gary.

‘If Anderson plays well I think he wins, but if he’s slightly off his game I think Wright has him. I don’t think Anderson can win a scrappy one but Wright definitely can.’

Two-time world champion John Part added: ‘I think Smith goes through [against Wade]. I’ll go with Peter in the other one, he’s been more solid this year and he’s accustomed to it.

‘I can see Smith reaching the final, definitely. But he can’t take James Wade lightly. He shouldn’t look at the numbers and think he’s through. We know what Wade is like, he can punish you.’

Scotland’s Anderson insisted he is still determined to become a three-time world champion following his win over Humphres.

Anderson, who was beaten in the final last year, said: ‘The right shots at the right time came which I was quite happy about. I still want to play darts and I still want to win.’

Wade, meanwhile, talked up his chances of lifting the trophy after smashing King 5-0.