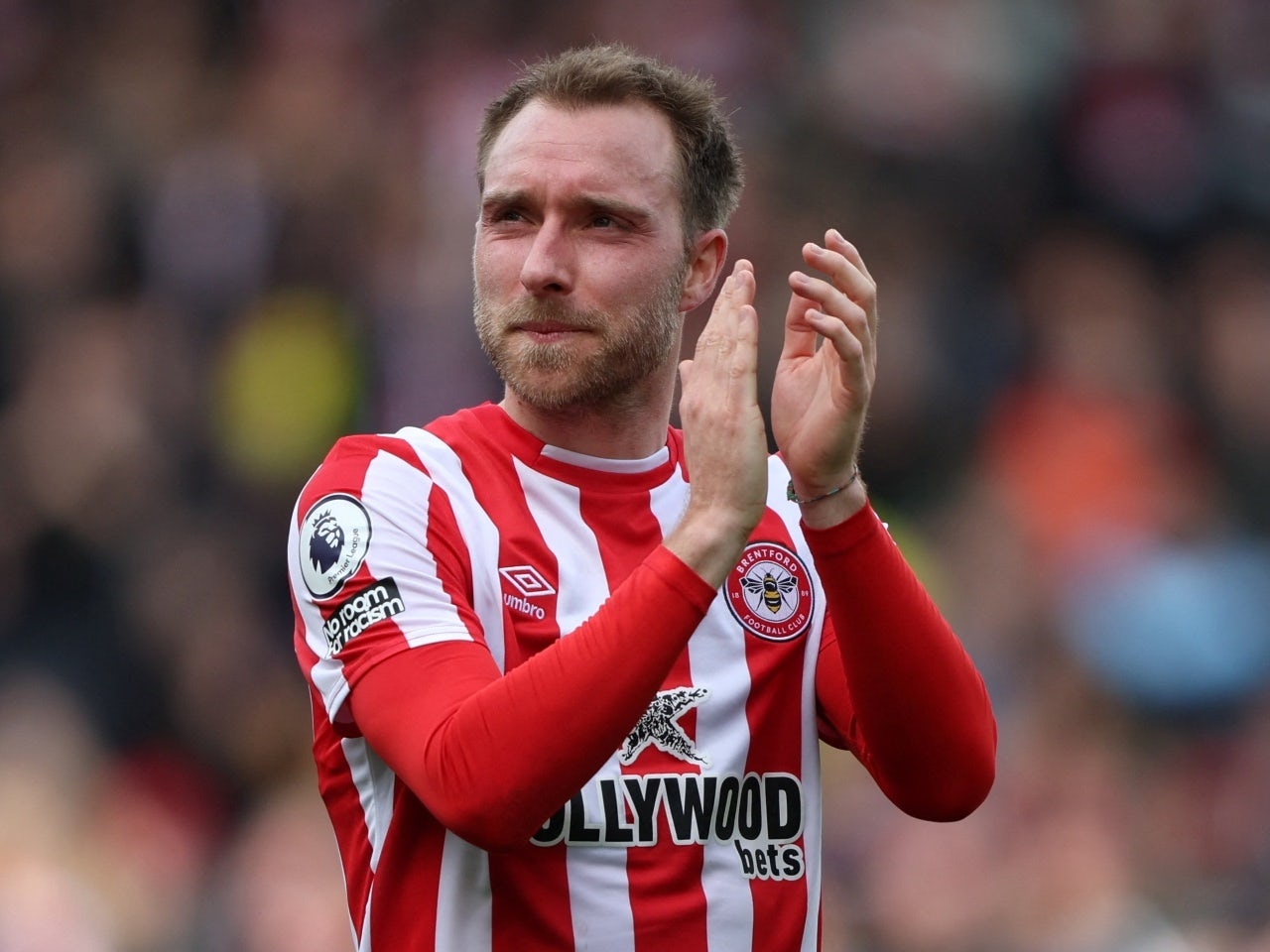 West Ham United reportedly join Manchester United and a host of other clubs in the race to sign Brentford’s Christian Eriksen, who is set to become a free agent on June 30.

West Ham United have reportedly joined Manchester United and a host of other clubs in the race to sign Christian Eriksen this summer.

Interest in the 30-year-old playmaker is rife as he is understood to have told current club Brentford that he intends to leave when his contract expires on June 30.

According to the Daily Mail, the Hammers, Man United, Brentford, Everton, Leicester City and Ajax have all made offers to sign Eriksen this summer, although a separate report claims that the Dane has turned down a move to Old Trafford.

The report adds that Eriksen’s former club Tottenham Hotspur have now cooled their interest in the playmaker, as they are looking to prioritise other targets.

It is thought that Eriksen – who scored once and provided four assists in 11 appearances with Brentford in the second half of last season – would prefer to remain in London, which gives both the Bees and West Ham a boost in the race for his signature.

West Ham are stepping up their efforts in the transfer market, having already completed the signing of centre-back Nayef Aguerd from Rennes, while one report claims that David Moyes‘s side are also preparing an £30m bid to sign Chelsea striker Armando Broja.