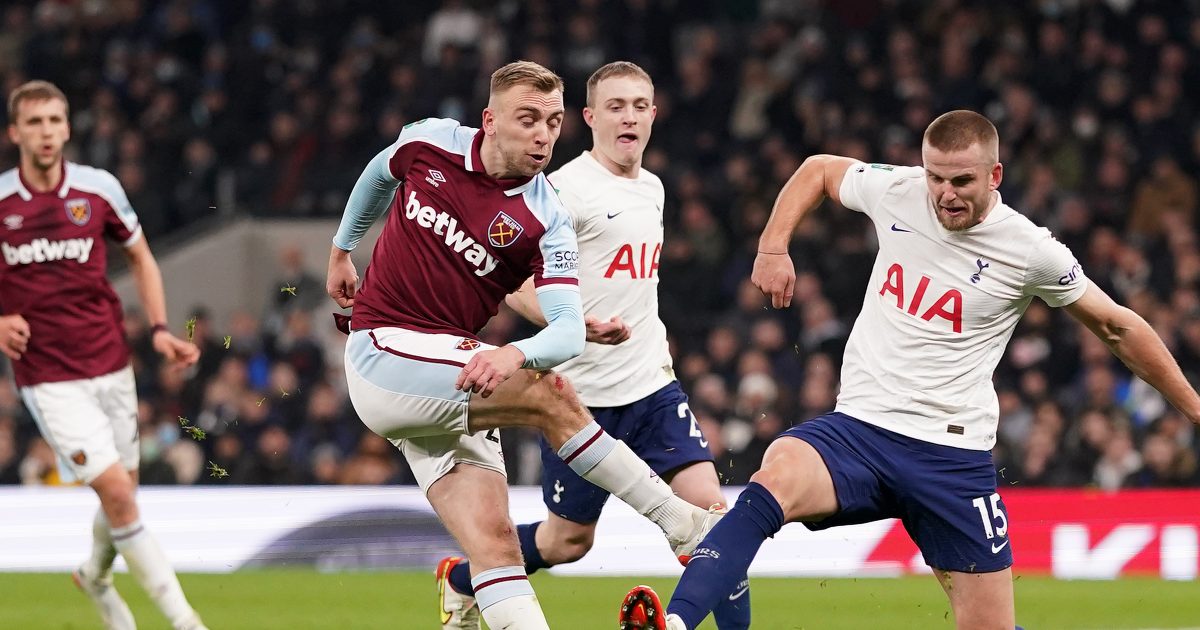 West Ham United star Jarrod Bowen has revealed that he and his teammates are “disappointed” to have exited the Carabao Cup.

The Hammers beat Man United and Man City to reached the quarter-final stage of the Carabao Cup.

David Moyes’ side were handed another tough tie in the last eight as they faced Tottenham Hotspur.

West Ham were beaten 2-1 by their London rivals. Steven Bergwijn and Lucas Moura scored either side of Bowen’s equaliser.

Tottenham will face Chelsea in the semi-finals, while Liverpool will come up against Arsenal.

Bowen has told West Ham’s official website that Spurs’ second goal was a “kick in the teeth”:

“We’re just disappointed with the goals we conceded, especially conceding so quickly after we equalised.

“It was a real kick in the teeth but in the second half I thought we were much better. We were in their half a lot and on another day we probably get a ball bouncing in their box or one of the shots goes in.

“There are a lot of positives but ultimately we’re out of the cup which is disappointing for us.

“We’ve been really defensively solid for 18 months now, but it happens in games.

“There are no fingers pointed – we win as a team and lose as a team and we’ll dust ourselves down as we’ve got a busy Christmas schedule coming up now with a lot of games and a lot of points that we can pick up.”

Bowen went onto admit that West Ham’s “standards” have dropped in recent weeks:

“Our levels recently have not been at the standards we’ve set, not just this season but last season as well.

“With the group we’ve got and the manager we’ve got we want to be at the highest level we can be all the time, so dropping below our levels, we knew as a team and as players tonight was all about changing that.”