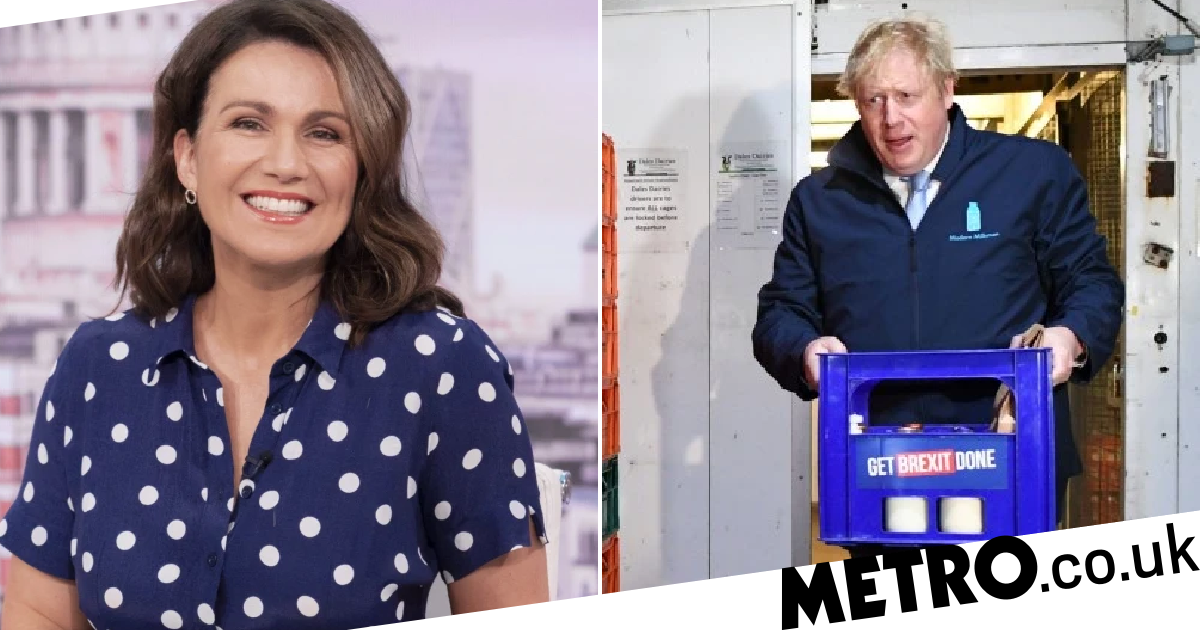 Boris Johnson is ready to be interviewed on Good Morning Britain right now, three years after he hid in a fridge to dodge Piers Morgan and Susanna Reid’s questions.

Presenter Susanna can be taking the reins for the chat, and can little question grill the Prime Minister on partygate, sexism inside the Tory celebration, and the Ukraine/Russia battle as she meets with him at 10 Downing Street.

Mr Johnson was final interviewed on the ITV breakfast present in 2017 when he was international secretary.

But many will do not forget that he fleetingly featured on the present in December 2019 when he walked away from cameras and appeared to cover in an industrial fridge with a purpose to keep away from partaking in an interview.

The unbelievable scenes passed off when information reporter Jonathan Swain and his digicam crew door stopped Mr Johnson as he helped load a van with bottles of milk in preparation of its supply in West Yorkshire.

To view this video please allow JavaScript, and take into account upgrading to an internet
browser that
helps HTML5
video

Jonathan invited the chief to honour his phrase and reply a few of Piers and Susanna’s questions within the lead as much as the 2019 basic election.

But moderately than becoming a member of the present, Mr Johnson hid inside a fridge and mentioned that ‘he’d be with them in a second.’

The fridge incident wasn’t the one the Prime Minister walked away from an interview on the present although.

In October final 12 months, in the course of the Conservative Party convention in Manchester, makes an attempt had been as soon as once more made to get him to make an look.

Presenter Ranvir Singh tried her greatest to interact with Mr Johnson and invited him to talk on the present however she was met with a raised hand as he walked off.

Will he repeat his actions with Susanna at Downing Street? Only time will inform…

Good Morning Britain airs weekdays on ITV at 6am.

If you’ve obtained a celeb story, video or photos get in contact with the Metro.co.uk leisure workforce by emailing us celebtips@metro.co.uk, calling 020 3615 2145 or by visiting our Submit Stuff web page – we’d love to listen to from you.