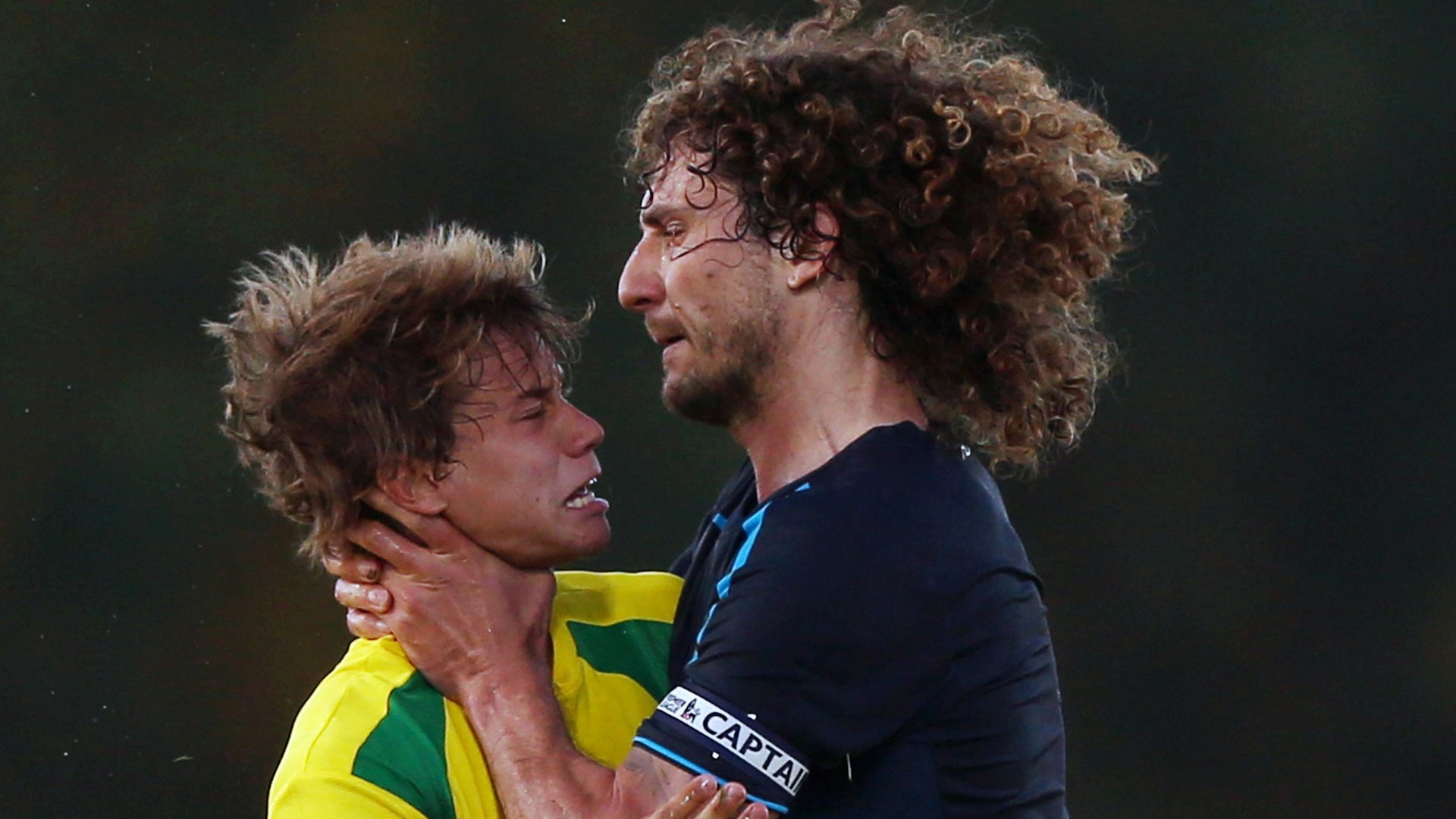 Pre-season friendlies are supposed to be just that… friendly. But that’s not always the case.

The games before the full intensity of the season gets going are valuable for gaining match fitness, working on new tactics and for new signings to bed in with their teammates.

There are often shock results, such as Manchester United’s 4-0 win over Liverpool, that bare little meaning when the season gets under way.

Not everyone understands the meaning of ‘friendly’, though, and former Newcastle star Fabricio Coloccini showed just that back in 2013.

The centre-back was a popular figure on Tyneside, playing 275 times for the club across eight seasons.

He was prone to a moment of madness on occasions and a game against Pacos de Ferreira before the 2013/14 season brought the worst out in him.

Coloccini was involved in a wild tussle with Pacos’ Rui Caetno with the pair squaring up to each other after the Newcastle man reacted angrily to a challenge on teammate Mathieu Debuchy.

The Argentine then grabbed his opponent by the throat and both ended up getting their marching orders – quite impressive for a friendly.

The game finished 1-1 with Shola Ameobi on the scoresheet for Newcastle.

Then-manager Alan Pardew went so far as to defend Coloccini and even pointed the blame at the referee.

After that game, Pardew said: “We are disappointed with the referee. He lost control of that game. When you let tackles go you are asking for trouble. It frustrates the players. In the end we had a scene which has cost us our captain.

“That was the big disappointment of the night because the performance was different class.

“We deserved to win that game. I thought we looked stronger than them.

“We were on our game. It got nasty, and the ref has played a big part in it.

“There’s nothing we can do about it. We just have to deal with what’s in front of us. We weren’t going to lie down.”

Fortunately for Coloccini, he did not miss any league games as a result of the red card due to it being a friendly…

£/$/€10 min deposit using promo code “TOP100” • The bonus will be applied once the full deposit amount has been wagered at least twice with cumulative odds of 1.50 or greater • To withdraw any winnings from your bonus, you must wager the bonus amount up to 5 times­ • All deposit and bonus wagering requirements must be completed within 60 days • This offer may not be combined with any other offer • Wagering limit of £/$/€50 per bet Applies • Restrictions apply to withdrawals, payment methods and countries & full T&Cs apply. 18+ Begambleaware.org