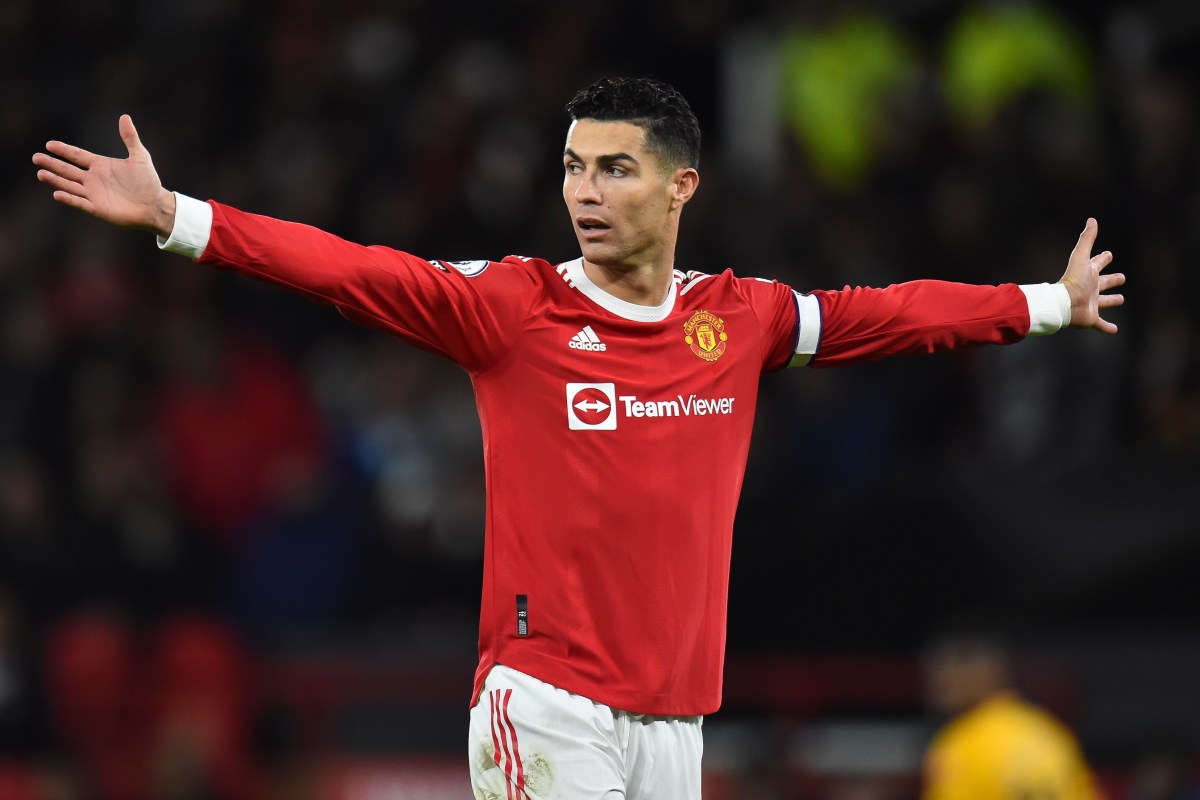 THE FA Cup is back on our screens tonight as Manchester United host fellow Premier League side Aston Villa in the third round.

It’s been a weekend of shocks and drama in the world’s oldest cup competition, with this the final clash of a bumper schedule.

JOIN SUN VEGAS: GET A FREE £10 BONUS WITH 100s OF GAMES TO PLAY AND NO DEPOSIT REQUIRED (Ts&Cs apply)

And with the teamsheets now revealed from the Theatre of Dreams, there’s no place this evening for Cristiano Ronaldo in the starting XI.

Ralf Rangnick has named his starting lineup for tonight’s FA Cup third round clash, with a tie against Championship side Middlesbrough up for grabs.

And there’s no place for Ronaldo in the squad, who SunSport revealed held crisis talks with agent Jorge Mendes about his future at the club.

For tonight’s game however, Rangnick has indicated the forward is out with a ‘muscle problem’.

The United boss said: “I spoke with Cristiano yesterday before training, he told me that he had some problems for the last couple of days, some minor problems.

“In the end we decided to not take any risks in a cup game that could easily last 120 minutes.”

The 36-year-old Portuguese star has been a workhorse since his return to Manchester in the summer, making 26 appearances for club and country since August.

United have a packed fixture-list coming up, with three games in seven days against Brentford, West Ham and Burnley from Saturday.

FOLLOW MAN UTD VS VILLA WITH OUR LIVE BLOG HERE

And SunSport last night revealed how Ronaldo is frustrated with the tactics of interim boss Rangnick.

A source close to Ronaldo revealed: “Cristiano is very concerned about what is happening at United.

“The team is receiving a lot of criticism and he knows he is regarded as one of the leaders.

“There are quite a lot of problems and Cristiano is feeling the pressure and is very stressed by the situation.

“He desperately wants his United move to be a success, but he is starting to recognise that winning trophies with the current set up could be a real struggle.

“Jorge came to see him and they spent time chatting through how things are going, what they think are the problems, how they might be solved and what the solutions may be.

“Nothing has been ruled out.”