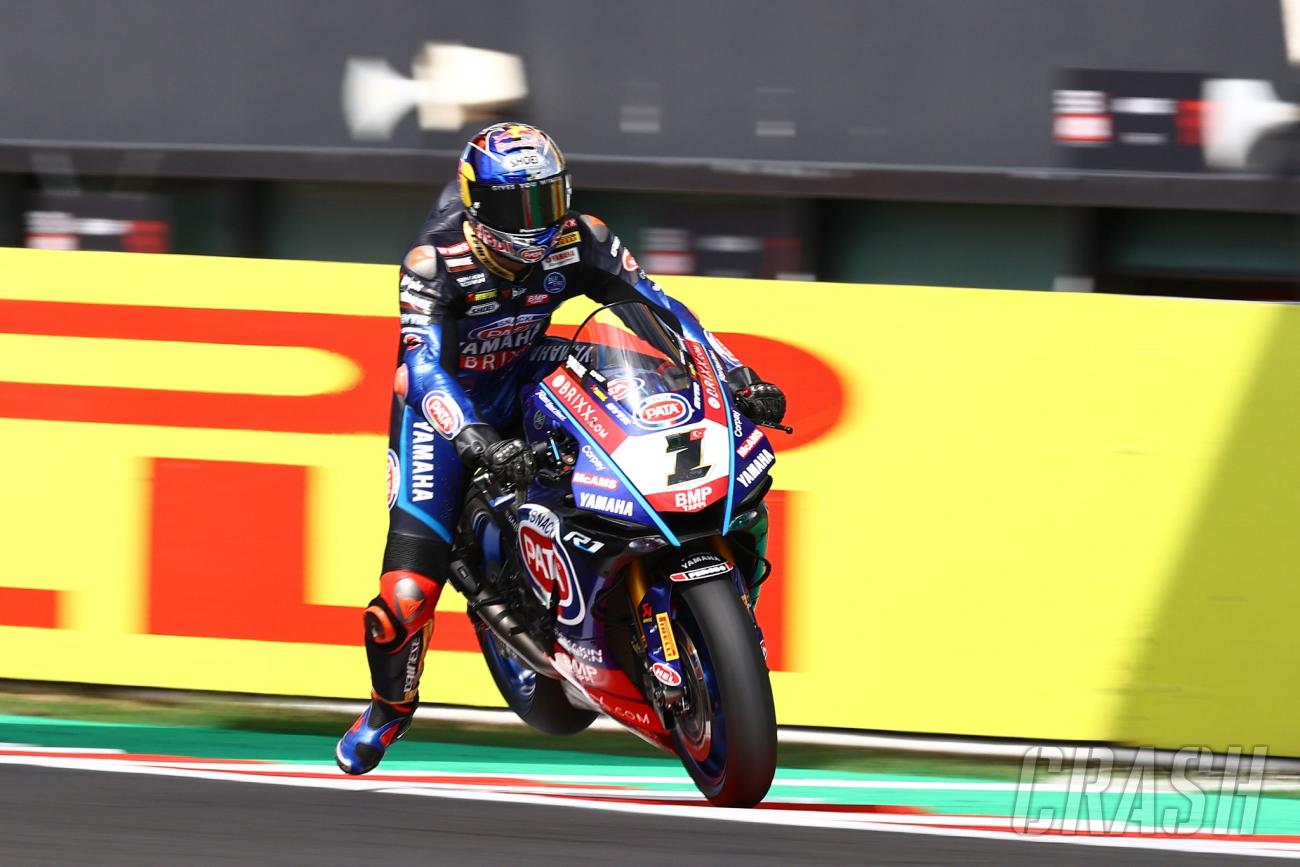 After winning his first race as WorldSBK champion, Razgatlioglu secured another strong podium during race two in Misano.

With championship leader Alvaro Bautista looking dominant over a feature race distance – took victory by over five seconds in race one – the task of beating the Spaniard in race two was always going to be difficult, as it proved to be.

Razgatlioglu, who started on pole, led for several laps before Bautista began to sniff an opportunity with Jonathan Rea struggling in fourth. The former MotoGP rider started attacking Razgatlioglu into Curvone [turn 11], the same corner he used to his advantage against Rea in race one.

On the first two occasions Razgatlioglu bit straight back at turn 14, using his incredible braking prowess to slide back down the inside of Bautista.

However, the third attempt was game, set, match as the Aruba.it Ducati rider created enough of a buffer heading towards the right-hand corner.

So while it’s more valuable points lost to Bautista who is looking in formidable form – leads the championship by 36 points over Rea – Razgatlioglu provided a much needed spark for himself, but also Yamaha after finally taking his first win [Superpole race] with the #1 plate.

“I’m very happy about this [win],” said Razgatlioglu. “Yesterday we had a technical problem but also in the race I was feeling some problems.

“This morning, we made a big improvement and I’m feeling much better. It was the first time I rode in the race like my style, and I enjoyed the race.

“I’m very happy for this and I hope, at Donington, I’m fighting for the win again.”

Anyone who has watched WorldSBK over the last few seasons will know that there is no one better than the Turkish star when it comes to hard braking and controlling his machine at the absolute limit.

And although Bautista was clearly faster than Razgatlioglu during race two, the latter showed his stunning skillset to make it a competitive race for much longer than it ought to have been.

Whether it was the rear tyre being completely off the ground on corner entry, sliding the bike at full lock or pushing the boundaries of what his R1 could cope with at the incredibly fast Curvone, Razgatlioglu did it all with immense style.

“It’s crazy! It’s very difficult for me to understand every detail from outside,” Dovizioso told WorldSBK.com. “His way of riding is unique, very different and I don’t understand how he can brake that late compared to; for example, Rea.

“Normally he is a really hard braker. It’s crazy and it’s nice to see him battle because every time he [is so] aggressive until he last corner.”