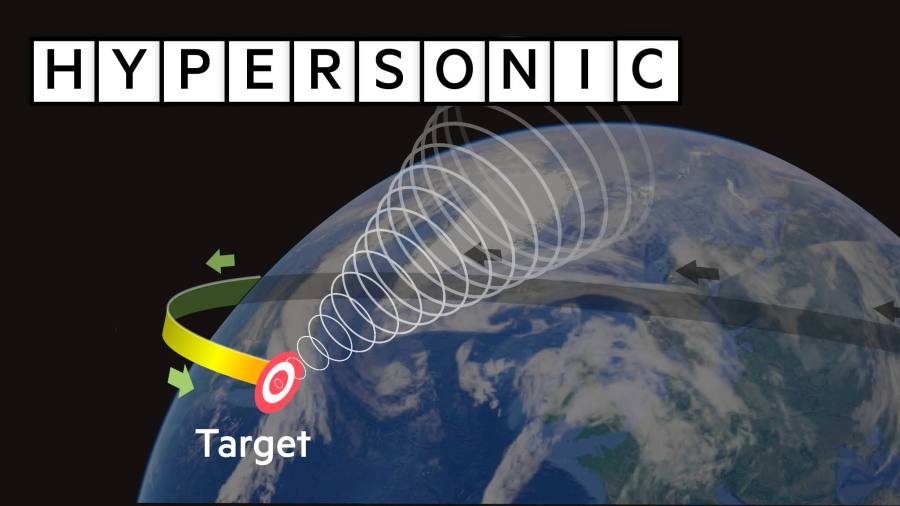 China stunned the Pentagon and US intelligence community in July by firing a hypersonic weapon around the earth, in a test that suggested the Chinese military could hit targets anywhere in the US with nuclear weapons.

The People’s Liberation Army Rocket Force launched a hypersonic glide vehicle — like a small space shuttle — into orbit on a Long March rocket. The HGV then orbited the earth for some time before returning to the atmosphere. As it sped towards its target in China at more than Mach 5, it fired a missile over the South China Sea, revealing an incredible ability to overcome the constraints of physics in ways that baffled military scientists.

Just before the Thanksgiving holiday, one media group described the test of the three-stage weapon, which was first reported by the FT, as a “turducken” — a dish that involves stuffing a chicken into a duck that is packed into a turkey.

In a more historical comparison, General Mark Milley, chair of the US joint chiefs, said the event was close to a “Sputnik moment”, in a reference to the Soviet Union launching an artificial satellite into space in 1957.

The Pentagon has not provided any detail about the test, which remains highly classified. But it was a stark reminder of how quickly the Chinese military is modernising. And it came as the Pentagon was preparing to project that China would quadruple its arsenal of nuclear warheads by 2030.

The test sparked huge international attention. But shortly before the year-end holiday, the US put 12 Chinese research institutes on a blacklist for trying to develop “brain-control” weaponry that makes hypersonic weapons sound like the kind of innocent present you put in a Christmas stocking.